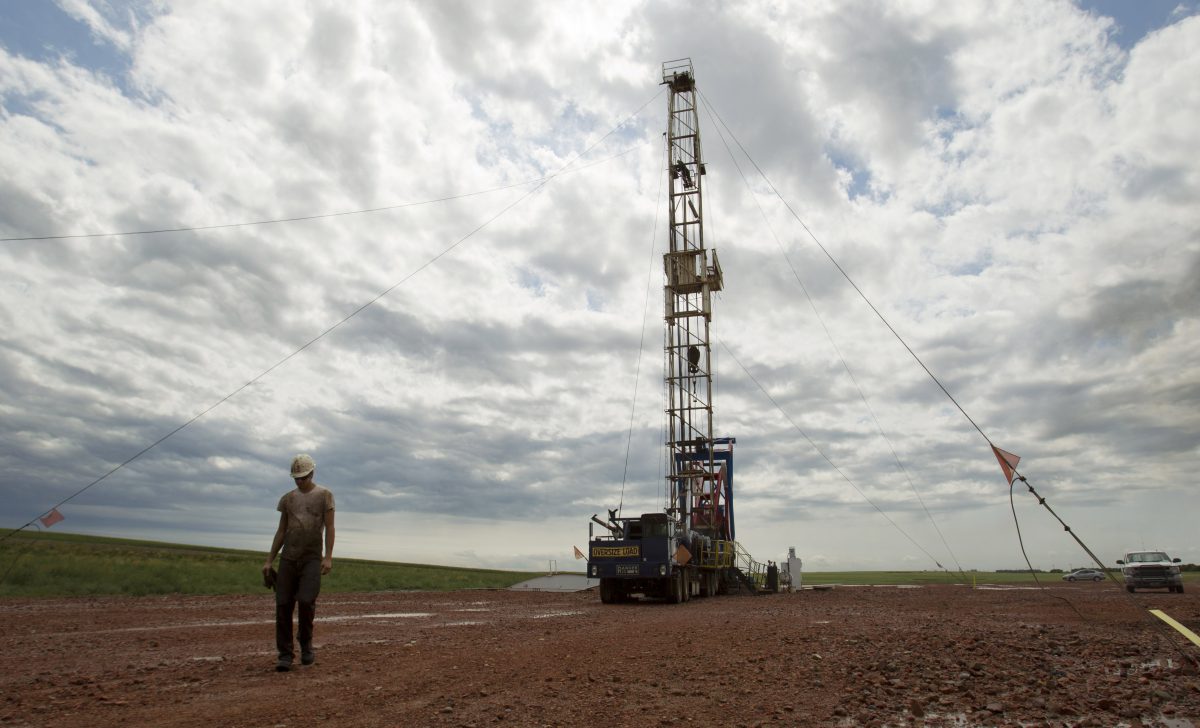 AP Photo/Gregory Bull, File
FILE - In this Tuesday, July 26, 2011 file photo, Austin Mitchell walks away from an oil derrick outside of Williston, N.D. With what many are calling the largest oil boom in recent North American history, temporary housing for the huge influx of workers, known as "man camps," now dot the sparse North Dakota landscape. In the wake of the kidnapping and brutal murder of a Montana teacher, law enforcement from across the Northern Plains including portions of Canada gather to prepare for an expected influx of 20,000-30,000 new workers drawn to the booming Bakken oil fields. (AP Photo/Gregory Bull, File)

While the Permian Basin shale patch is largely responsible for the current Texas oil boom, smaller towns near other shale patches illustrate what can happen after the money moves on or wells run dry.

An article in Bloomberg profiles the tiny towns left in the wake of an oil boom, and the people who continue life long after oil companies consume cruder opportunities.

“Lives are turned upside down. Plans are crushed. Savings are drained,” the piece reads.

RELATED: Houston May be a Lucrative Oil Town, but Activists Say Some Neighborhoods are Being Left in the Dust

Feeling the fringe effects of the constantly-shifting prices and profits, customers at oil field supply stores are drying up and not willing to pay as much, as well.

Jill Potts, owner of Summit Oilfield Supply in Cuero, Texas, located in the Eagle Ford shale patch, described how far she was forced to mark down her merchandise.

Even at closeout prices, the few people trickling in to her store still try and negotiate over the price of something as simple as a pair of work gloves.

?They?re drilling multimillion-dollar wells, and they?re haggling over pennies,? she said in an interview.

Potts, who built her company from the ground up with her husband, is just one example of how a crash sometimes naturally following a dip in oil prices can derail someone’s livelihood.

She detailed to Bloomberg how she urged one of her sons to change his major from petroleum engineering to study wind energy, saying he shouldn’t “live and die by the price of oil.”

And the boom and bust cycle doesn’t just affect those directly involved in oil:

All the businesses in towns near a big oil patch feel the squeeze when the wells dry up and the workers move to the next patch for greener, or in this case, oiler, pastures.

George Garcia’s barbecue restaurants in Karnes City, Texas, saw its lines of hungry customers dwindle and all but vanish when Eagle Ford stopped producing as much oil.

Business for these places is starting to pick back up at some rate again; most of the locals are used to the constant dice game such is life in the oil business.

RELATED: Drug Use on the Rise Among Texas Oil Workers, Especially in the Shale Patch

That said, the reality can be crude.