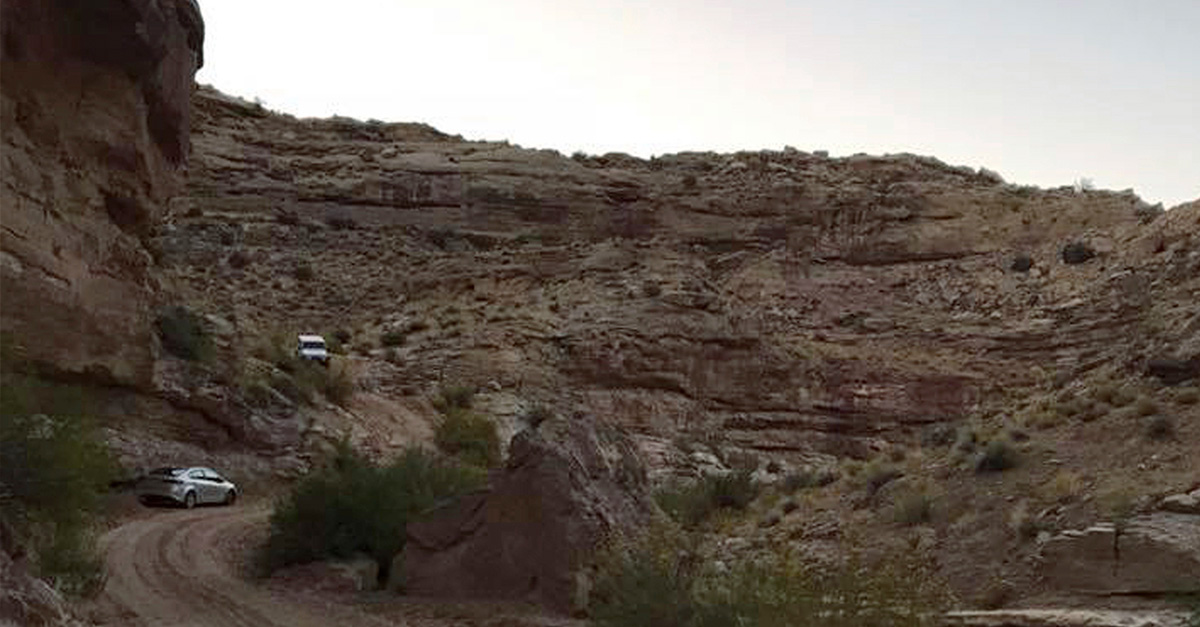 Helena and Gerald Byler, both in their seventies, both made a narrow escape from a bad end after being stranded in the Utah desert for six days.

According to Utah news outlet the Deseret News, if the couple had been subjected to the desert environment for even one more day, they might not have made it out.

“It’s totally unbelievable. So many things seem to have fallen in place on their behalf,” said Kane County Sheriff’s Chief Deputy Alan Alldredge in an interview. “Many little things fell into place that allowed the Bylers to be located alive.”

What was supposed to be a day trip turned bad when the Byler’s car was disabled on rough terrain far off the main road. They tried to get back on foot, spending the first night walking through rain.

When her husband couldn’t walk any further after that night, Helena left him their remaining food — a few pecans — and continued walking on her own. She ended up wandering the desert for another five days. She slept wherever she could, made an “SOS” sign in the road, and suffered hallucinations from the physical strain.

She was eventually found on October 2, seemingly out of sheer luck, by Dell LeFevre, of Panguitch, Utah. LeFevre was checking on the cattle he keeps on the Grand Staircase Monument’s land when he found Helena lying in the road, according to the Kane County Sheriff’s Office. He got her into his vehicle, gave her water, and contacted the police.

Gerald was found later, having taken shelter in a group of old trailers, and evacuated by helicopter to Dixie Regional Medical Center. One of the trailers near his showed signs that Helena may have sheltered there, not knowing Gerald was so close. Her ‘SOS’ sign was only three miles from their abandoned car.

The couple are both recovering well and expected to return home soon.

“I’m a firm believer in God. He’s pulled me out of quite a few messes in my life,” LeFevre said in an interview regarding the rescue. “If she had gone off the road, no one ever would have found them.”