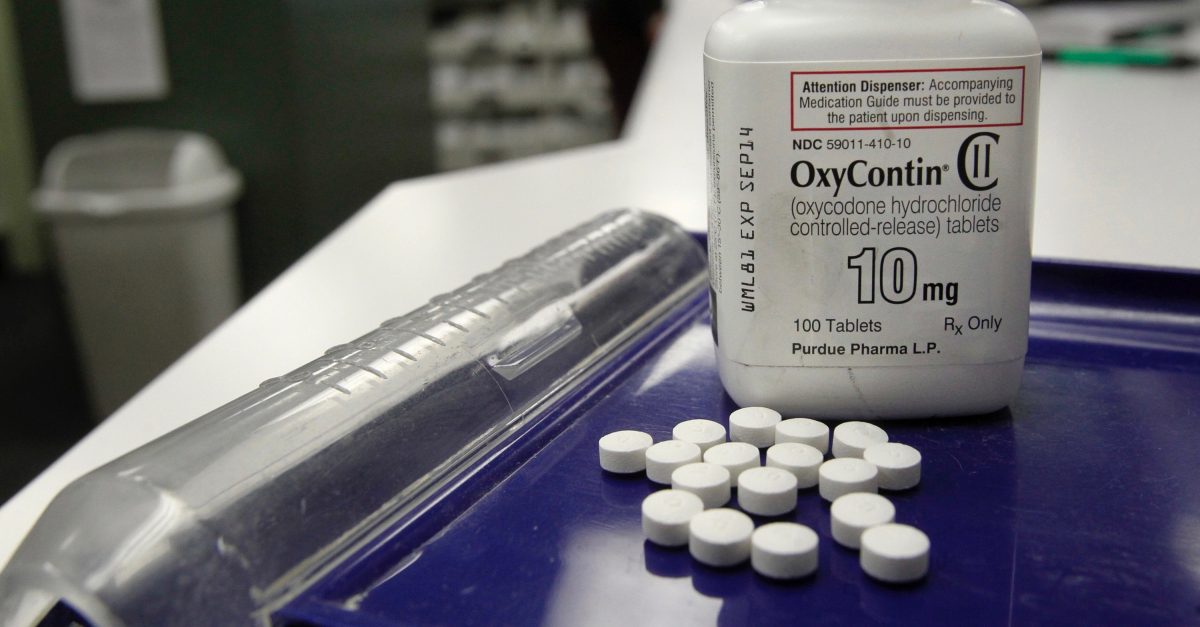 AP Photo/Toby Talbot
OxyContin pills are arranged for a photo at a pharmacy in Montpelier, Vt. on Tuesday, Feb. 19, 2013. Drug overdose deaths rose for the 11th straight year, federal data show, and most of them were accidents involving addictive painkillers despite growing attention to risks from these medicines. As in previous recent years, opioid drugs — which include OxyContin and Vicodin — were the biggest problem, contributing to 3 out of 4 medication overdose deaths. (AP Photo/Toby Talbot)

As the nation faces an ongoing opioid crisis, Houston is taking action:

Ryan said the named parties worked together to put profits over patients, creating a costly and life-threatening epidemic across the city.

RELATED: City of Houston may create “safe space” for homeless on METRO property

?We accuse them of creating a public nuisance of conspiracy and neglect. These defendants placed their quest for profits above the public good,? Ryan provided in a statement. ?The defendants engaged in a campaign we believe of lies, half-truths, and deceptions to create a market, encourage over-prescribing and the long term use of opioids.?

According to reports, the doctors and pharmacist are also facing criminal charges, which are still pending.

Meanwhile, across the nation, patients are still regularly prescribed painkillers – a practice doctors say a is potentially contributing to a bigger problem than what they’re initially treating.

As one local addict explained, even taking the doctor recommended dosage of an opioid can have dangerous consequences:

“I was prescribed a lot more than I needed,” recovering addict Eric Zimmerman said in an interview with NewsFix. “Within a week, I didn’t need them anymore, but I was given a month’s supply. I liked how they made me feel so, I kept taking them.  I didn’t know how serious the addiction possibility was, especially physically.”

Experts further warn pharmaceuticals sold on the streets may not always be the same thing as what’s in prescription bottles; dealers are now reportedly pushing drugs, like heroin and fentanyl, into pills so buyers or addicts will mistake them for pharmaceutical-grade medicine.

Because it’s difficult to tell what’s in the pills, it’s easy to overdose.

“Maybe they contain heroin, maybe they contain fentanyl, the amount of those ingredients in there make it very dangerous for someone to use, because you don’t know if it’s an amount that can cause an overdose,” James Miller, who works for the Houston Forensic Science Center, said in an interview.

As addicts and dealers doctor-shop to attain more pills, manufacturers are scrambling to create more complex formulas to transform into street drugs.

Until the epidemic is stopped, health policy experts agree taxpayers may be stuck footing the bill for the cost to society, such as those who overdose or suffer from an opioid-related problem and are without health insurance.

Currently, Texas is receiving $27 million in federal funding to treat those addicted to opioids.