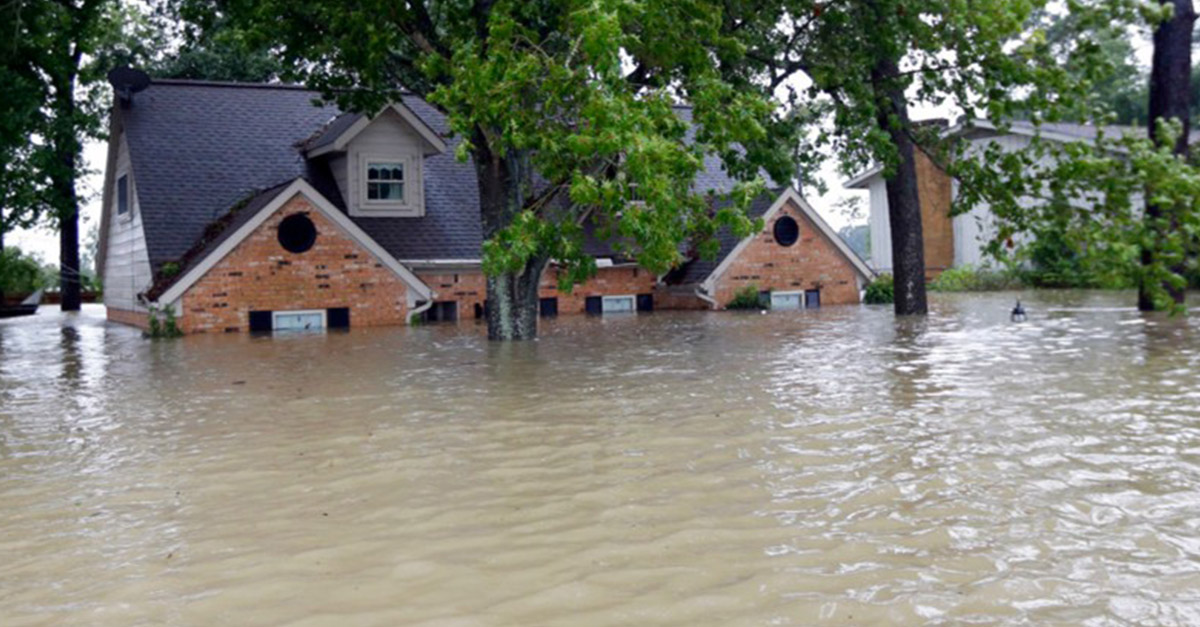 AP Photo/David J. Phillip
A home is surrounded by floodwaters from Tropical Storm Harvey on Monday, Aug. 28, 2017, in Spring, Texas. Homeowners suffering from Harvey flood damage are more likely to be on the hook for losses than victims of prior storms, a potentially crushing blow to personal finances and neighborhoods along the Gulf Coast. Experts say far too few homeowners have flood insurance, just two of ten living in Harveyâs path of destruction. (AP Photo/David J. Phillip)

As Houston rebuilds from Hurricane Harvey, Harris County has revealed how they plan to prevent future disaster.

The county is seeking $17 million in Federal Emergency Management Funds to buy out the homes most at-risk for flooding. About 104 homes in the city’s floodplains are being considered for a possible buyout.

RELATED: Houston officials were warned a year ago that a flood was coming

If approved, the county will demolish these homes, which have flooded multiple times over the past few years.

While the plan is a step toward preventing future flooding, it will only affect 3 percent of the homes deep in the floodplains, leaving many at-risk homes standing.

The Harris County Flood Control District estimates close to 178,000 homes or buildings may be in the floodplains, partially because floodplain maps weren’t developed until the 1980s. Structures built before the maps were drawn had no way of knowing they were at-risk of flooding during rare weather events.

After Harvey flooded Houston, questions surfaced about how Houston would rebuild. Experts had warned the city a flood that would destroy the city was imminent, yet the city was unable to avoid the destruction of thousands of homes.

In the storm’s aftermath, experts blamed Houston’s lax zoning laws, which allowed developers to build in flood plains and over wetlands.

RELATED: Houston paved over its wetlands — opening the doors for massive flood

With the wetlands gone, heavy rains and rising bayous have no where to go — other than into homes, drowning entire neighborhoods.

Now that Houston is aware of the risks, the flood district is saddled with preventing disaster with limited funding and power at its disposal.

The flood district has been buying out homes since 1985. Before Harvey, 3,000 homes in the floodplains had already been demolished.

When the homes are demolished, water is able to collect and absorb into the cleared land during future storms.