Harvey victims have a month to sort out problems before they hit the polls, but displaced voters must act now 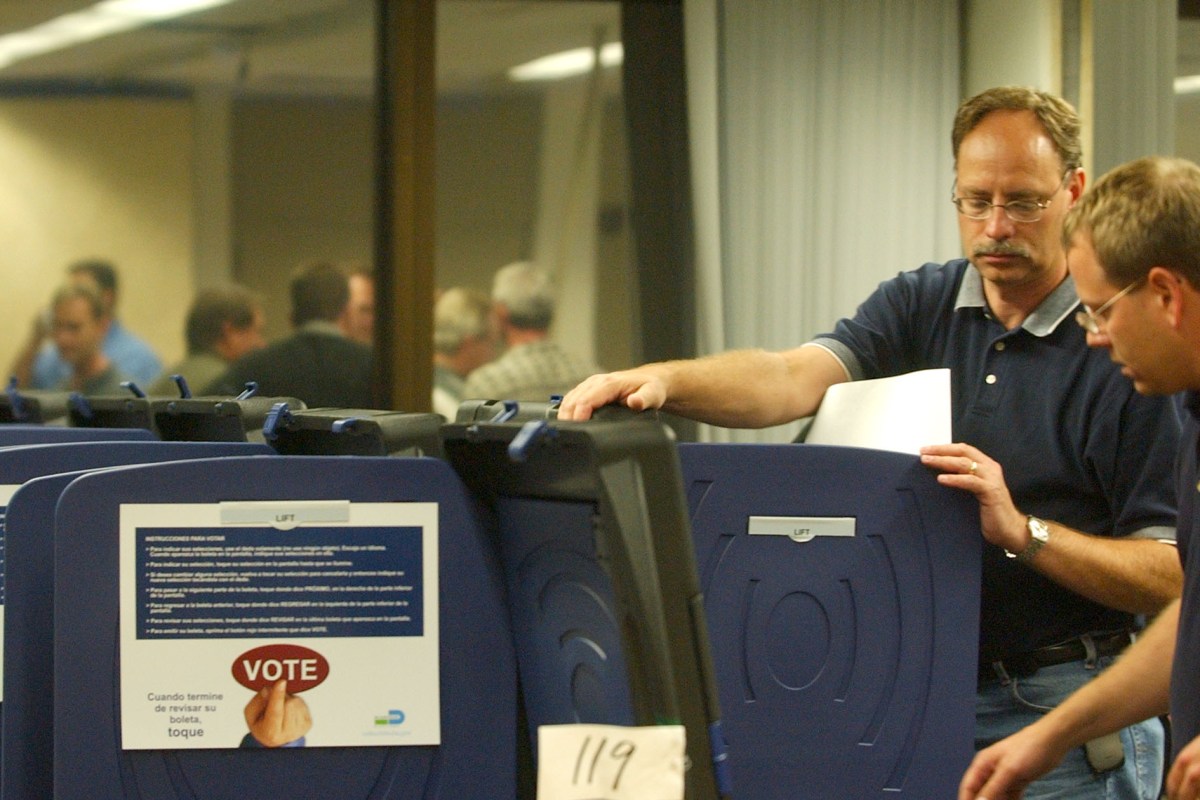 AP Photo/Alan Diaz
Election Systems and Software technicians check out the voting machines brought in from the 25 precincts to the Miami-Dade Government Center for officials to retrieve the votes, Wednesday, Sept. 11, 2002, in Miami. (AP Photo/Alan Diaz)

Harris County Clerk Stan Stanart announced at a press conference this week more than 30 polling places were either damaged by floodwaters or are currently serving as shelters for flood victims.

If your polling place is unavailable

According to Stanart, out of the 765 polling places in Harris County, 735 will be available by Election Day; others are being relocated. For instance, the polling place at the Champion Forest Baptist Church in Cypress Creek was moved to the Klein Multipurpose Center. Stanart advised voters to visit HarrisVotes.org to find the list of available polling places in their area.

If you have been displaced

Flood victims who have left the county due to the storm can request mail-in ballots. Those voters who have been temporarily displaced can also go to the polling place in their home district to cast their votes. Permanently displaced voters can re-register to vote at their new address before Oct. 10.

If you have lost your identification documents

Thousands of Houstonians may have lost their driver’s licenses, Social Security cards, birth certificates, or other identification documents in the floodwaters. Stanart advises voters to get their identifying documents in order before election day.

“There’s over 30 days, over a month until Election Day,” Stanart said in his press conference, “so there’s plenty of opportunity for [voters] to get the ID that’s required.”

If voters still can’t obtain their identification documents in time, they can sign an affidavit claiming a “reasonable impediment” to obtaining them.

If you can’t vote on Election Day

For voters who are unable to make it to the polls Nov. 7, Stanart advises them to take advantage of early voting. Harris County has 45 locations available for early voting, as well as mail-in voting.

“Our message to the voters is, vote early,” Stanart said. “Because if you vote early, you don’t have to worry about where your polling place has moved.”