He said drinking bleach was a cure-all, but one Houston Bishop will have to find another mineral miracle to use in his ministry 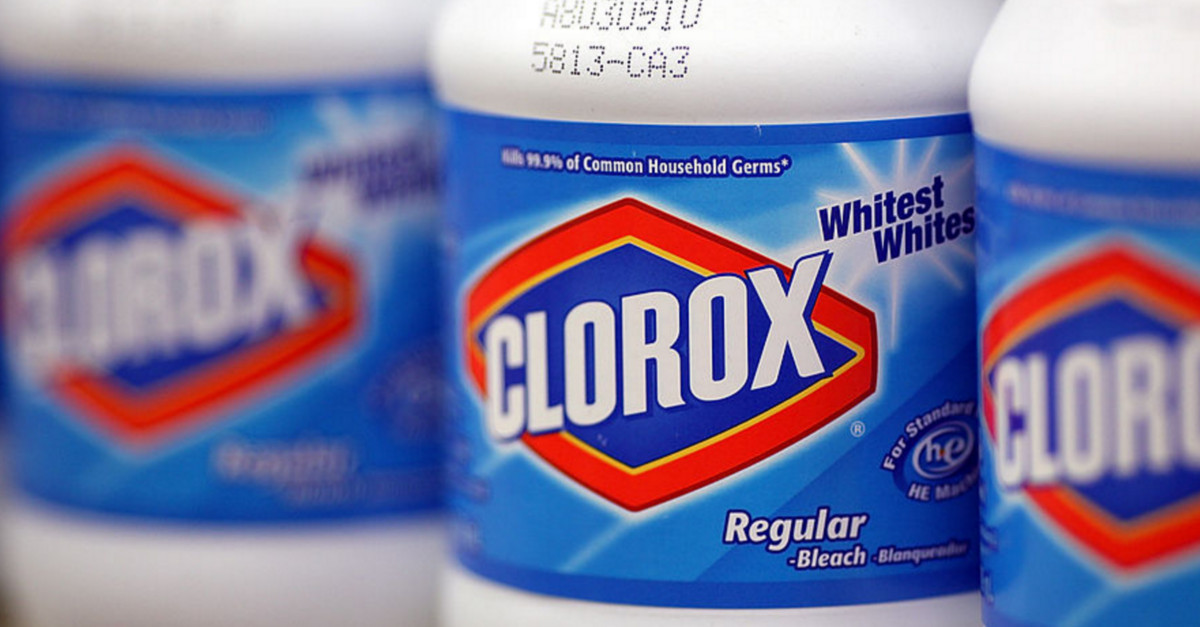 Photo by Justin Sullivan/Getty Images
SAN FRANCISCO, CA - FEBRUARY 11: Bottles of Clorox bleach sit on a shelf at a grocery store on February 11, 2011 in San Francisco, California. Shares of Clorox stock rose 7.6 percent to close at $71.26 after billionaire investor Carl Icahn disclosed in a regulatory filing that he holds close to 9.1 percent stake in the company. (Photo by Justin Sullivan/Getty Images)

The Harris County Attorney’s Office won an injunction against a self-proclaimed bishop who claimed drinking industrial bleach could heal nearly all illnesses.

Shane Hawkins, an air conditioning technician, sold a chlorine dioxide solution as a “mineral miracle solution” and a “sacrament” for a group calling itself the Genesis II Church.

Prosecutors filed the motion for the injunction in May 2016, citing a 2010 warning from the U.S. Food and Drug Administration that consuming high levels of solution could result in dehydration, diarrhea, nausea and vomiting.

They also claimed Hawkins marketed the bleach solution as a cure-all, even holding “sacramental training classes” for use for a $500 cash-only “donation”.

Hawkins represented himself in court, claiming he “has no attorney nor the money to afford an attorney.”

He also claimed his proof “chlorine dioxide is not dangerous” was indisputable, calling the lawsuit “dumb and stupid,” further writing the Harris County Attorney’s Office was “underhanded (and) evil (with) no morals.”

Hawkins was reportedly a follower of the Genesis II Church, whose founder Jim Humble claimed to be descended from extraterrestrial aliens.

Humble, 84, also claimed he discovered the healing properties of chlorine dioxide, which he and his group believe can heal “95 percent of the diseases of mankind,” from cancer to autism.

One woman  taking the “miracle cure” claimed it helped relieve her of “chronic Lyme Disease,” a condition the Centers for Disease Control and Prevention state does not exist.

After suffering severe side effects from ingesting the bleach solution, she committed suicide by gunshot to the head on the same day the county attorney’s office filed the motion for the injunction.