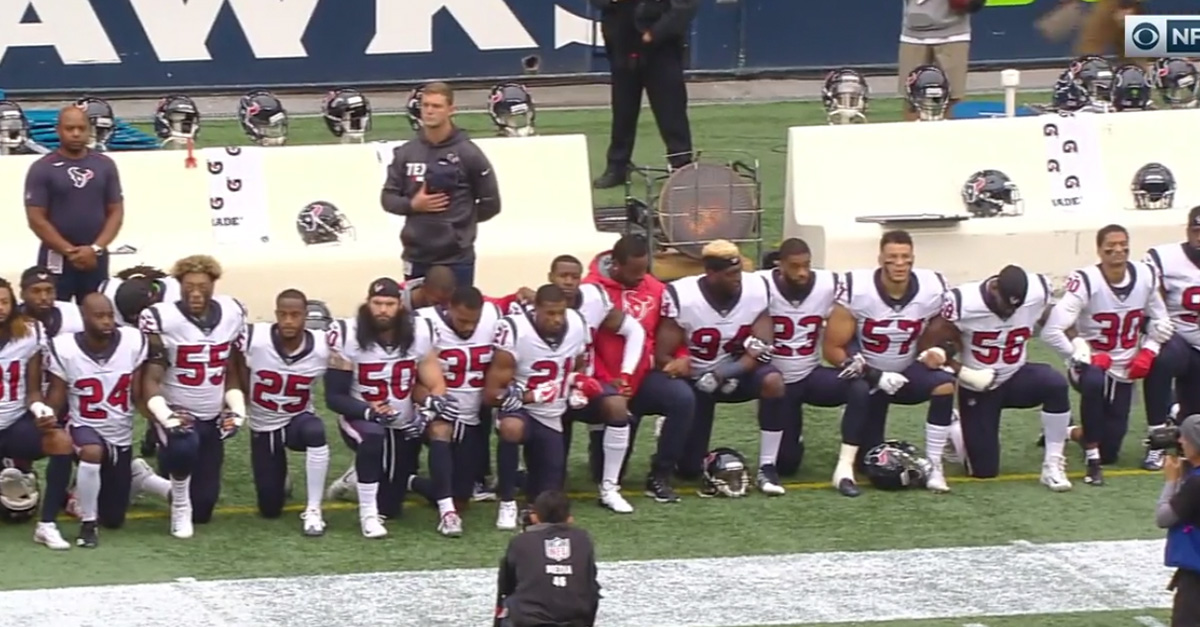 Before their game against the Seattle Seahawks, the majority of the Houston Texans team knelt and linked arms during the playing of the national anthem.

This latest installment of the ongoing protests by NFL players comes after the owner of the team, Bob McNair, made a comment about “inmates running the prison” in reference to the protests during a business meeting on October 18, according to ESPN.

NFL players from various teams, as well as other sports franchises, have taken to kneeling and/or locking arms during the National Anthem to protest police violence.

Texans left tackle Duane Brown said of the team’s action in an interview that there was “a huge sense of unity, I think we all felt, just coming out and playing for each other. And that was it. Forgetting everything else. Once kickoff started, we tried to block out any other distractions we may have had and try and go to work.”

He added, “I think we all felt the same way on Friday. And as far as the demonstration went, some people didn’t feel quite comfortable doing it, some people did. But we all supported each other, and that was what was important.”

Wide receiver Deandre Hopkins and running back D’onta Foreman weren’t at Friday practice before the game, apparently as a result of McNair’s remarks. A meeting between the team owner and players Saturday morning also reportedly didn’t go well, but Brown said the players “blocked out all distractions and came out here ready to play.”

McNair has issued an apology for the comments he made, saying he wasn’t referring to “our players” during the owner’s meeting.