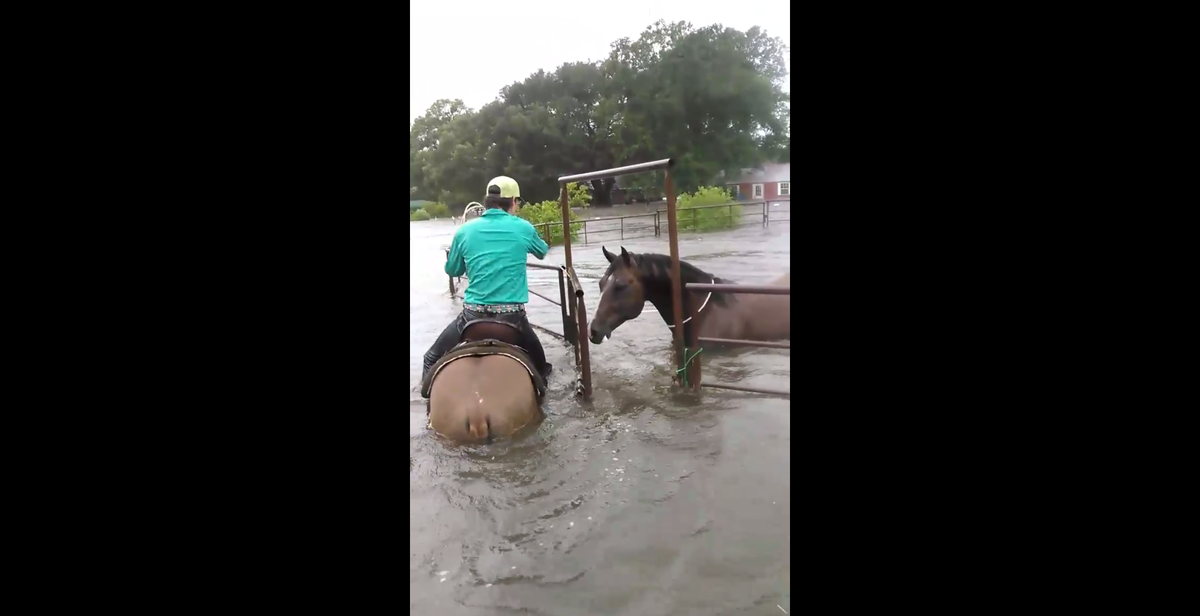 A Hurricane Harvey descended on Texas, residents scrambled to safety. The storm came in fiercely, though, swallowing areas with rising flood waters.

It’s no surprise that the waters rose so quickly.

Nicknamed the “Bayou City,” Houston and the surrounding communities have been inundated with ongoing flooding, with massive rainfall filling the bayous and other waterways, which quickly flooded neighborhoods. With thousands displaced and at least ten confirmed dead, Houston is reeling in Harvey’s aftermath.

As the storm ravaged Houston, livestock was not left untouched.

As video footage from a hero father and son team show, some animals were trapped in rising waters as Harvey flooded the city faster than some realized.

Chance and Rowdy Ward are more than cowboys after Harvey — now they’re heroes, too. The father and son duo rode around the Houston area, rescuing people, animals, and especially horses that had become trapped in the rushing water.

Posting several videos to Facebook, Chance documented their efforts, giving hope to others who are struggling to rebuild after Harvey.

?This is what we do,? Chance says in one of his videos. ?We help livestock. We try to help people.?

The duo says they managed to save all of the animals they found trapped.

Texas has shown its spirit throughout the storm, as neighbors have helped neighbors. Chance and Rowdy Ward are just another example of the goodness in people.