Hours after police visited the home of a suicidal woman, she turned her gun on her kids 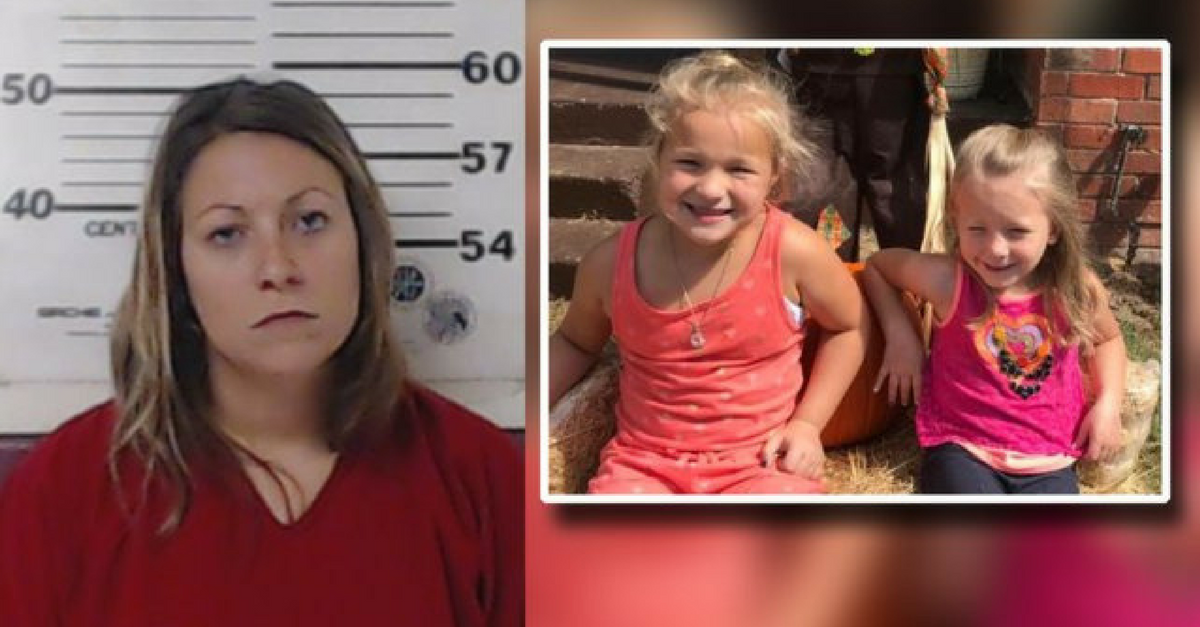 A Texas woman has been accused of killing her two young daughters just hours after sheriff’s deputies visited her home in response to a call from her husband, who said she was suicidal.

Around 11:30 p.m. on Thursday, Jake Henderson notified police that his wife was suicidal and asked for the assistance of emergency medical services, calling back soon after to say everything had been sorted out. However, a deputy still visited the house and found no cause for alarm.

“Her husband had told EMS that she felt like people were out to get her and that’s pretty much all the information that we’ve got at this time,” Henderson County Sheriff Botie Hillhouse said. “Deputies spoke to them. Everything appeared to be fine. There [were] no signs of violence. Everybody said they were okay. Nobody was suicidal.”

RELATED: The South Carolina mom who killed her kids and herself left a bitter suicide note for her husband

“I woke up and she came in and said ‘Babe, I shot the kids.’ I didn’t want to believe it and I went in there and they were dead,” he frantically said during the 911 call. “She keeps saying somebody’s after her. There’s nobody after her. She keeps saying people are coming.”

Meanwhile, his wife could be heard in the background, shouting, “What did I do? … Please just shoot me. Please!”

“Through the investigation, we learned that for the last couple of weeks this was a planned event. Henderson also attempted yesterday to shoot her husband. The pistol misfired and that’s when he was able to take the pistol away from her and call law enforcement,” Hillhouse said. “We still haven’t gotten down to the reason of why. It’s still early in the investigation and we’ve still got a lot of work to do. But, you know, that’s one thing we’re trying to get to the bottom of. But we haven’t gotten that answer yet.”

Sarah Henderson, 29, has since been charged with capital murder for the deaths of her daughters, 5-year-old Kenlie and 7-year-old Kaylee. She reportedly confessed to the crime while investigators were questioning her. So far, she hasn’t shown any signs of remorse. She will be arraigned, and her bail will be set soon. She is currently under suicide watch at the jail.

RELATED: Days after the father of three children was shot and killed, tragedy struck the kids once again

“The physical evidence is leading us to… to give us some answers,” Hillhouse added. “We can’t go into a lot of detail right now because it’s still early stages of the investigation and we don’t want to harm the investigation. But everything’s coming together.”

Child welfare workers had previously been sent to the home in 2010, and neighbors heard the mother screaming at her children constantly.

“We could hear her yelling and cussing at the girls,” Jaylne Palmer said. “Terrible language. ‘Get you’re blah blah blah in here.'”