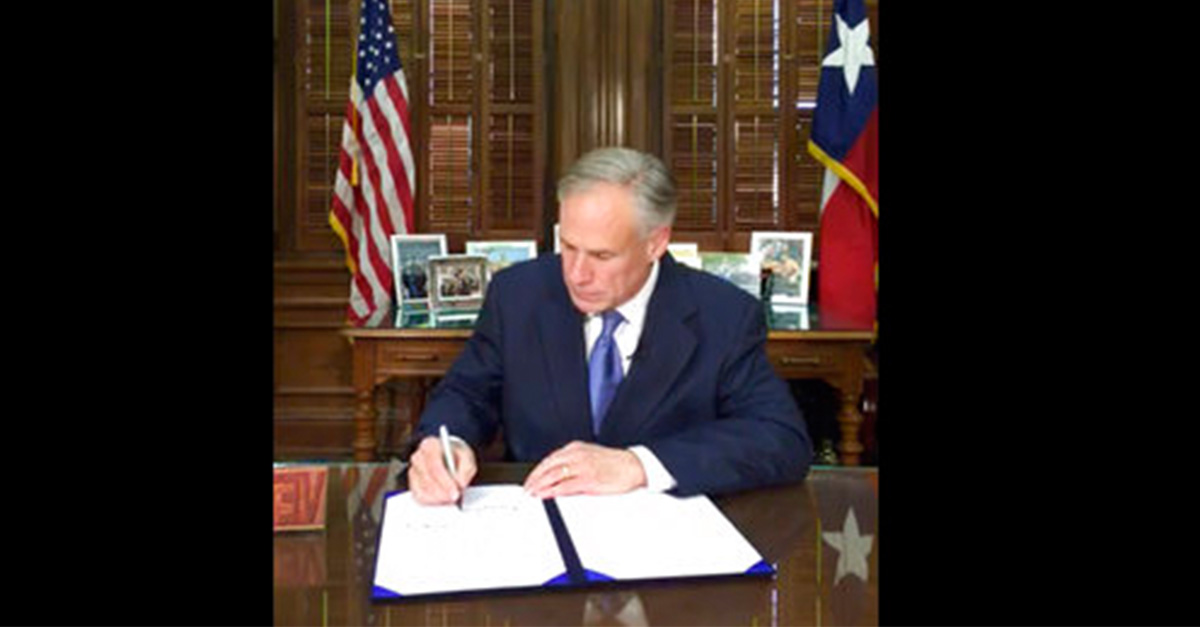 Office of Gov. Abbott via AP
In this Sunday, May 7, 2017 frame from video posted by the Office of the Governor, Republican Gov. Greg Abbott signs a so-called "sanctuary cities" ban in Austin Texas. The ban lets police ask during routine stops whether someone is in the U.S. legally and threatens sheriffs with jail if they don't cooperate with federal immigration agents. (Office of Gov. Abbott via AP)

Texas Gov. Greg Abbott recently approved a series of grants that would give law enforcement officers across the state the funding to purchase rifle-resistant vests.

The grants would include $3 million for the Harris County Sheriff’s and Constable’s offices, and $4 million for the Houston Police Department. Houston-area departments are among the largest recipients in the $23 million grant program designed to cover more than 450 jurisdictions across the state.

RELATED: Man arrested with a cache of guns released from jail

The new tactical vests are heavier than the body armor officers typically wear. The vests are designed to withstand rounds from powerful rifles, including the AR-15 assault rifle.

After a fundraising drive in the summer of 2016, the Houston Police Department acquired 600 of the vests. The grant program will enable the department to purchase 3,600 more.

The program comes in response to a shooting in downtown Dallas in July 2016. As Dallas police officers provided security during a Black Lives Matter protest, a man drove up in an SUV and shot two officers dead. The man exchanged gunfire with other officers, then he used a high-powered rifle to gun down both police and civilians.

Five officers were killed, and nine officers and two civilians were wounded before police neutralized the threat with a robot rigged with explosives.

RELATED: Days later, the mom of a slain hero Dallas cop made the most heartbreaking statement

?There is a serious need for these vests,” said Gamaldi, “not just for Houston, but across the state. As long as people are armed with high power rifles, we need to be able to have equipment that can stop those and keep our officers safe so that when they do get that active shooter call they can throw that heavy vest on and know that they have that level of protection.”