A Hurricane Harvey first responder from Missouri City contracted a flesh-eating bacteria while monitoring the floodwaters around his neighborhood.

J.R. Atkins didn’t hesitate to join the rescue efforts during Harvey. A former medic and firefighter, Atkins used a kayak to row through his neighborhood, making sure people were safe.

His trips around the area allowed him to check up on those who stayed, monitor the homes of those who evacuated, and update people about the level of the floodwaters in the area.

On Tuesday, Aug. 29, Atkins returned from kayaking through the streets and noticed a bite on his left arm that had swollen to nickel-sized.

When he woke up Wednesday, the area had swollen across his arm, so he took photos to get a medical opinion. He received a prescription for an antibiotic, but quickly realized the swelling continued to spread.

It moved to his wrist, causing more concern.

Since he was trained in floodwater rescues, he knew what the symptoms could mean.

Atkins then went to an urgent care center, which advised him to immediately go to the emergency room.

He was admitted to the hospital for surgery. Before the doctors could operate, Atkins realized something was wrong.

According to a Facebook post he wrote about the incident, he told the nurse, ” I just really don’t feel right.”

He was moved to the ICU, where doctors worked to battle the infection, which was also affecting his lungs.

Doctors told him sepsis had already started to set in, and he would have died if he didn’t get treatment when he did.

Still fighting for recovery, Atkins’ condition is improving. However, he still has a long road ahead of him to regain his health. 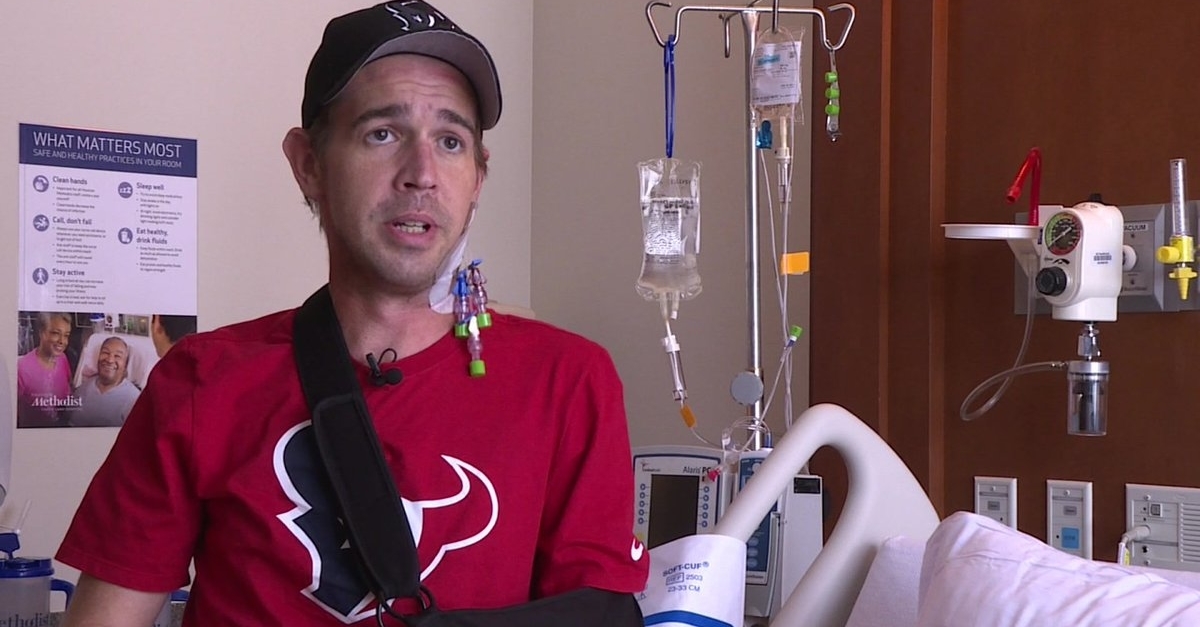