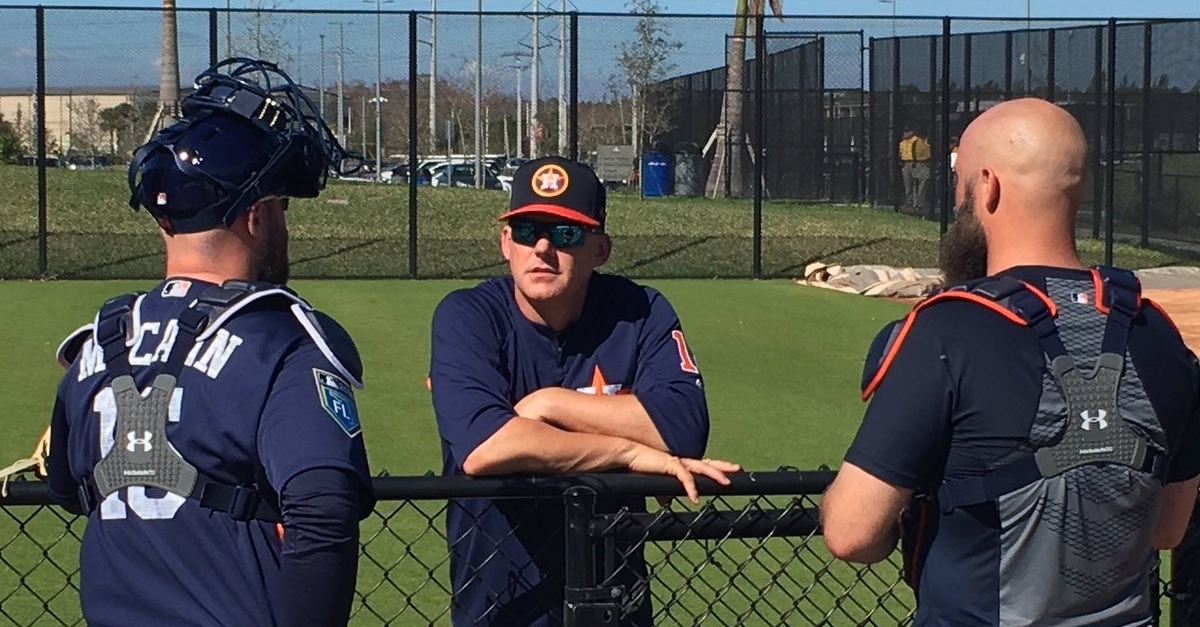 Houston Astros fans got a little extra love this year with 2018 spring training officially kicking off for the champion Astros on Valentine’s Day.

While only pitchers and catchers were scheduled to begin workouts this week, many of the team’s starting lineup joined their teammates to start this season off right.

RELATED: Rewatch the Astros win the World Series in less than 15 minutes

Fortunately for fans, social media is proving to be a great place to get a first look at the returning champions as they get ready for another stellar season.

Many of the team’s heavy hitters are on the field at Ballpark of the Palm Beaches in West Palm Beach, Florida, practicing their swing.

Check out these bats:

You can also watch your favorite players getting back into the swing of making great catches:

The Astro’s pitchers and catchers are clearly ready to take the season by storm:

Not only are they rocking the practice fields, but the players are always happy to oblige their adoring fans. Here they are signing autographs:

Alex Bregman (@ABREG_1) takes care of as many #Astros fans as he can. pic.twitter.com/TXn0apH8OM

The champs are popular @astros Bregman and Correa pic.twitter.com/lKEpkXjFtm

Might be a few autograph requests this year @astros @TeamCJCorrea is popular pic.twitter.com/kwOMEEWqOA

Based on their comments, fans can look forward to another great season of baseball:

#Astros shortstop Carlos Correa was purposely vague when discussing the weaknesses he worked on this offseason. Then he came clean: "Fastballs down the middle. That was my weakness. I couldn't hit them." https://t.co/6HgBpzq2L0 pic.twitter.com/wj8Q6mW0vi

George Springer on challenge for #Astros to repeat: "We can't go out there and settle for one. We have to go earn everything we get. 2017 is over..We've got the experience to do it." pic.twitter.com/QL0tF6Rto4

If you feel like you’re missing out, you’re not alone.

Houston rapper Paul Wall posted on Twitter that he might be headed out to watch the ‘Stros prepare for 2018 victory:

I’m thinking bout heading out to spring training…… who wants to come with me?? @astros 🤘🏆💪