As the Houston Astros prepared for their first scrimmage of 2018, they met a few very special baseball players at the Ballpark of the Palm Beaches.

On Valentine’s Day, the teens survived a school shooting that continues to hold the nation’s attention.

Astros players greeted the survivors and their families, signing autographs and taking photos.

Stoneman Douglas head coach and other members of team on hand @astros camp. Been a very rough week for entire Parkland community. @ABREG_1 and @Collin_McHugh welcome them to camp. They’ll be honored before game. @KPRC2 pic.twitter.com/kBZNhH50qw

Before the first pitch of the preseason match-up between the Astros and the Washington Nationals on Friday, a Parkland survivor took the field to sing the national anthem.

The world champion Houston #astros line up for a heart-wrenching singing of the national anthem by a Parkland student. God bless her. pic.twitter.com/oQMGuEooxo

“I’m sorry about what you guys have had to endure,” Hinch reportedly told him.

“It’s great what Major League Baseball is doing to show support for our community and our school,” Fitz-Gerald said, according to the Houston Chronicle. “It’s been a rough week. Just being out here and having a sense of freedom today and be around the game that you love, the sport you grew up playing your whole life, and seeing what these guys are doing, we’re grateful.”

Fitz-Gerald also spoke with reporters about the trip to meet the Astros and what it meant to the young players on his team.

Along with the rest of the MLB, the Astros are wearing special hats honoring Douglas High School during Friday’s preseason game.

“For us to wear their hats,” said Hinch, “to tell them that we’re on their side, is a way to galvanize everybody together in one setting and let them know they’re not alone.”

After the game, players will autograph their caps so they can be auctioned off in support of an educational fund for survivors of the Parkland shooting. 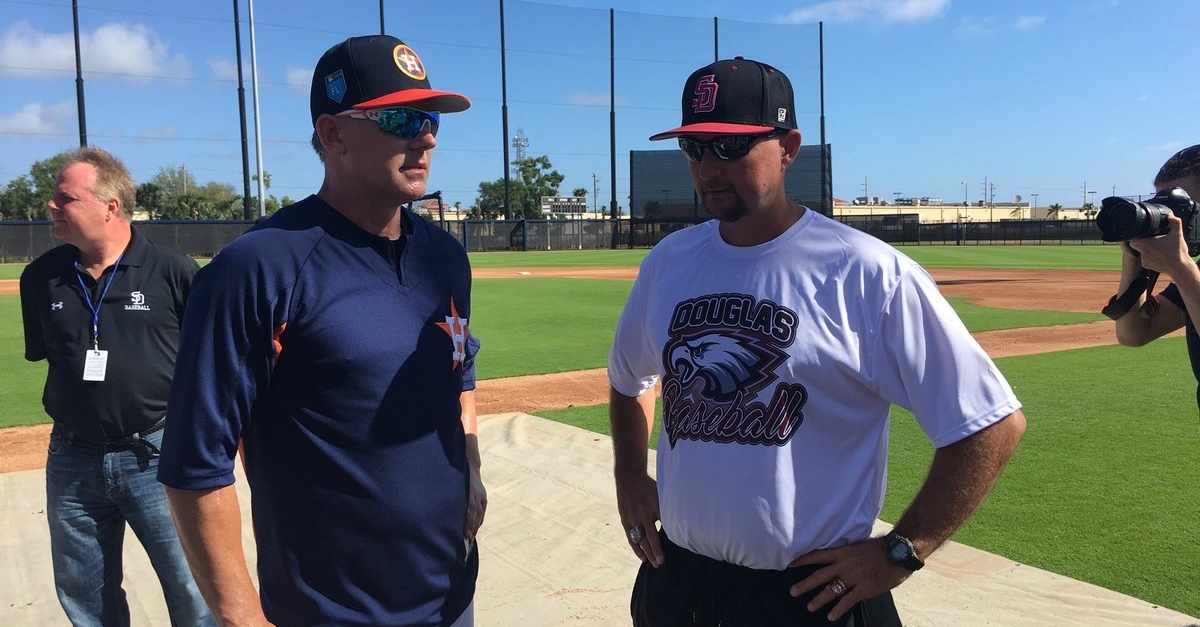