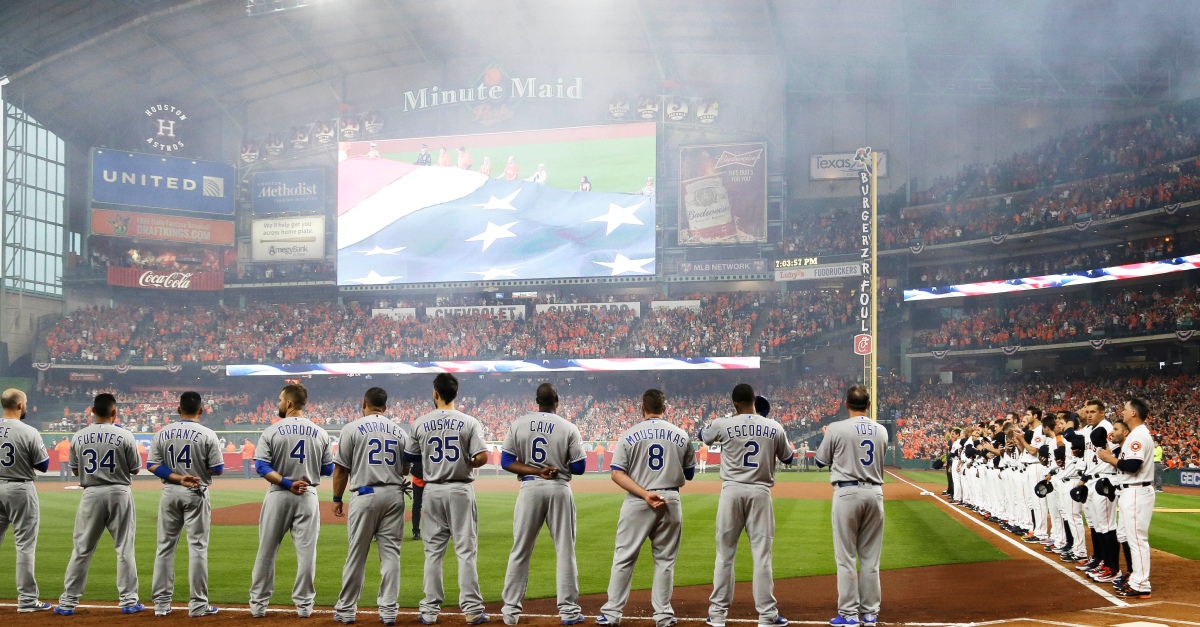 For the first time in team history, the Houston Astros will make an appearance in the American League Championship Series on Friday, Oct. 13. After winning the Division Series against the Boston Red Sox in four games, they now must face either a team filled with World Series history, or a team whose stretch of futility exceeds even their own.

While the Astros have appeared in the National League Championship Series four times, their sole World Series appearance was against the Chicago White Sox, where they were swept in four straight games. At that time, much of their talented roster, including future Hall of Famers Craig Biggio and Jeff Bagwell, were on the tail-ends of their careers.

After suffering three straight 100-loss seasons, and moving to a different league, the Astros rebuilt their roster around young talent.

They made the playoff in the AL for the first time in 2015, with Rookie of the Year Carlos Correa, Cy Young Award Winner Dallas Keuchel and All-Star Jose Altuve. The Astros beat the Yankees in the Wild Card game, but lost the American League Division Series to the eventual World Series Champion, the Kansas City Royals.

While the Astros’ history in the AL is a short one, they will face one of two teams with a rich history.

The New York Yankees hold the record for most World Series appearances (40) and titles (27). The new Yankee Stadium may not be “The House That Ruth Built,” but its Monument Park serves as a museum for some of the greatest moments in baseball history, and also acts as an intimidating atmosphere to a young team.

RELATED: In HOF speech, Bagwell credits his father for his on-the-field success

On the other hand, the Cleveland Indians have not won a World Series since 1948. They appeared in last year’s Fall Classic, only to lose a thrilling seven-game series to the Chicago Cubs. While the Yankees are looking to continue their legacy, the Indians are looking for redemption.

They will each look to gain their objectives at the expense of each other Wednesday, and will search for those same things at the Astros’ expense starting Friday, the thirteenth.