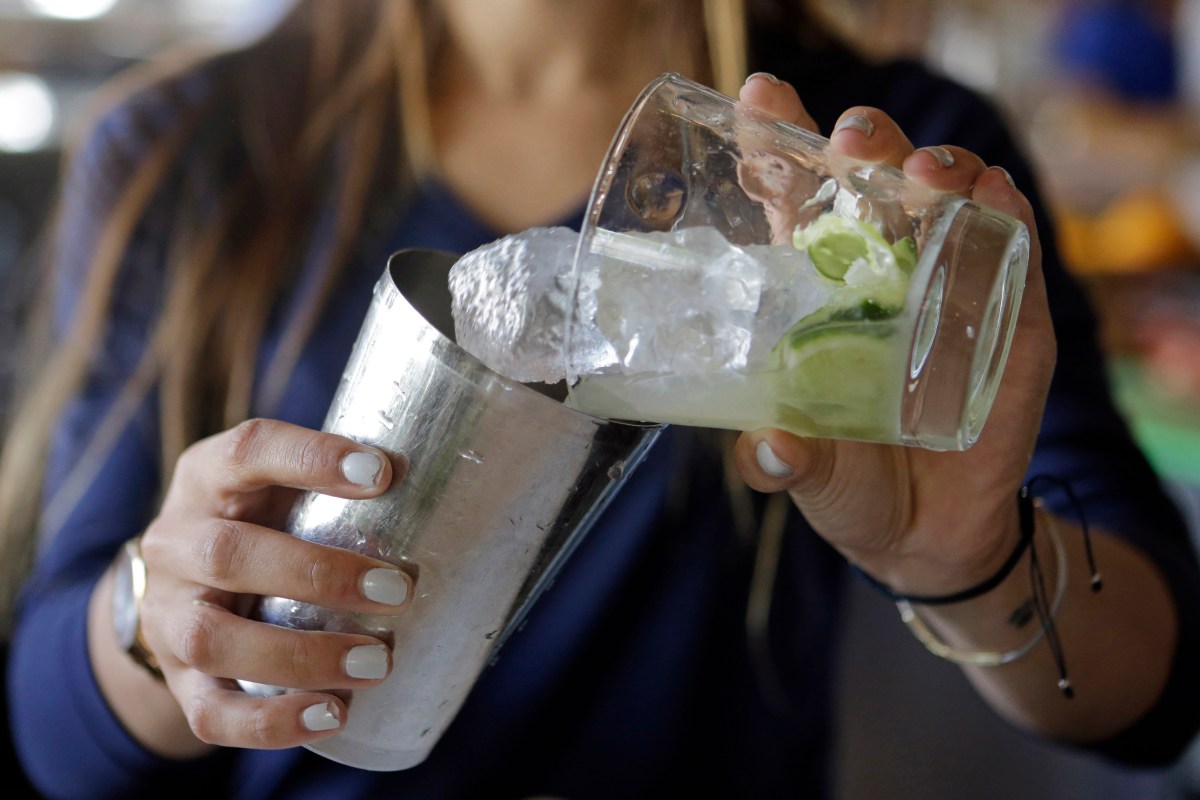 AP Photo/Alan Diaz
In this photo taken May 10, 2016, bartender Rafaella Demelo, adds the sugar, 1.5 ounces of Leblon and a half lime cut in cubes with ice to the shaker as she goes through the final steps preparing a Caipirinha at Bulla, a Spanish gastro bar in Coral Gables, Fla. The caipirinha's sweet, tropical flavors may resemble a mojito, it's closer in spirit to a margarita, according to Luttman. As the caipirinha has gained popularity in many bars, particularly those that hosted viewing parties for Brazil's World Cup two years ago, some bartenders now mix variations of the cocktail with vodka or sake and add strawberries, oranges or other fruits.(AP Photo/Alan Diaz)

Houston bartender Chris Morris earned a spot in the United States Bartender Guild’s Most Imaginative Bartender Competition. Morris won this regional competition with his creative and special cocktails. He will be competing against eleven other bartenders for the North American crown in London next month. The competition will be as stiff as the concoctions, with bartenders from New York, Los Angeles, Chicago, Miami and other hotspots competing for the title.

Morris recently returned from New Orleans, where he experienced a ?Tales of the Cocktail? educational presentation in preparation for the competition. He and the other competitors will compete in a variety of bartending challenge, as well as having their original cocktails judged by a panel of experts.

RELATED: Another after-hours club in Houston has been shut down for numerous violations

Before moving into creating his own original cocktails, Morris was a sommelier at various bars and restaurants for over a decade. He understands the creativity that goes into creating the perfect beverage and, much like a chef, he constantly experiments with different recipes and ingredients ranging from cactus water to macadamia.

“I go home, make seven different recipes for orgeat (syrup) (and) six different kinds of citrus,” he said with a laugh.

His winning recipe, ?Summer Never Ends,? includes gin, tangelo juice, honeysuckle cordial, Underberg and summer bitters, with a spoonful of luster pearl dust. He says that he drew inspiration from his childhood summer memories, including baseball games, barbecues, and his aunt’s swimming pool.

Morris is no stranger to this level of competition. He reached the national finals of the Heaven Hill Bartender of the Year contest. He is currently working at Ritual in Houston’s Heights neighborhood. After the competition, he will move on to Ready Room, a converted convenience store turned cocktail bar on Houston’s East Side.