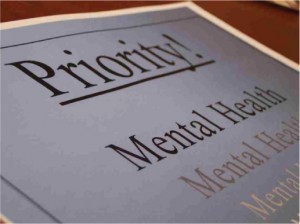 A donation from a wealthy Houston couple will lead to the creation of an innovative regional mental health policy center.

James Hackett, the former CEO of petroleum giant Anadarko, and his wife, Maureen, will donate $20 million to the Meadows Mental Health Policy Institute for the construction of a mental health facility that, according to Meadows President and CEO Andy Keller, “will provide data-driven insights into what works and mobilize health systems and government leaders to make hard decisions of how best to provide those treatments to more people”

The Meadows Institute, which serves as a mental health research facility with offices in Austin and Dallas, announced the Hackett Center for Mental Health will be based in Houston and will specialize in research related to post-traumatic stress disorders brought about by Hurricane Harvey.

The center is expected to be operational later this month and to donation is scheduled to be paid in full by 2020.

According to research from the Meadows Institute, children, teens and those who care for them are more likely to suffer from the emotional impacts of natural disasters such as Harvey. Their research found children between the ages of 5 and 11 suffered from PTSD at five times the rate of children of the same age prior to the hurricane, while teens experience PTSD at three times the rate they did before the storm.

In a press release related to the opening of the Center, Houston Mayor Sylvester Turner said the devastating storm “both exposed and elevated the need for behavioral health services.”

“This will be part of the city’s agenda and we look forward to working with the Hackett Center in Austin next session,” Turner said.

Harris County Judge Ed Emmett also praised the Hacketts for their commitment to increasing the resources available to those most in need of mental health care.

“We need all the help we can get, (since) the county jail currently serves as the state’s largest mental health facility,” he said.