Texans Cheerleader tryouts are set to begin April 1, but the audition process is not a joke.

RELATED: Did Blake Shelton and Luke Bryan really just walk in on the Dallas Cowboys Cheerleaders?

The competitive squad is seeking new members to lead 70,000 screaming fans at NRG through an audition of three parts of dancing, interviews, and a swimsuit round spanning April 1 through the finals scheduled for Thursday, April 13.

Cheerleader hopefuls must be at least 18 years old and have a high school degree, at least a part-time job, and “be in good physical condition.”

As evidenced, being flawless helps.

Read up on all of the FAQs here, and don’t forget to smile!

If you won’t be midriff ready in the next few weeks or your dance moves aren’t what they once were, on April 2, the Texans’ Deep Steel Thunder band is holding open auditions for several instruments, including trumpets, Latin percussionists, and marching cymbals, to name a few.

DST has been playing for the team since day one, and the beloved band’s musical ability is as strong as the Texans’ defense:

More of the strong silent type?  The NFL recently shared their analysis of what the football team really needs – a quarterback – to state the obvious.

RELATED: Texas Tech’s quarterback could be the answer to the Texans’ QB prayers

Experts also agree the Texans could also use a decent offensive line, especially since tight end Ryan Griffin, cornerback Kevin Johnson, and king of Houston defensive end J.J. Watt were all recently resigned to the franchise. 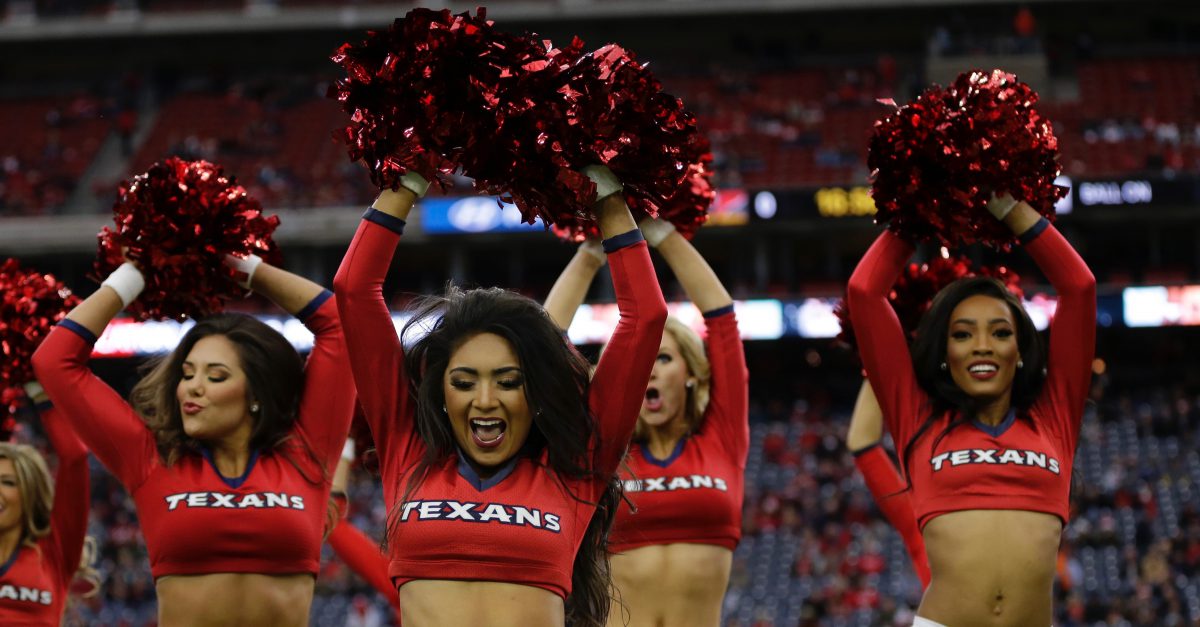