Houston may no longer be the fattest city in America, but one New York company wants to pay you to keep the weight off 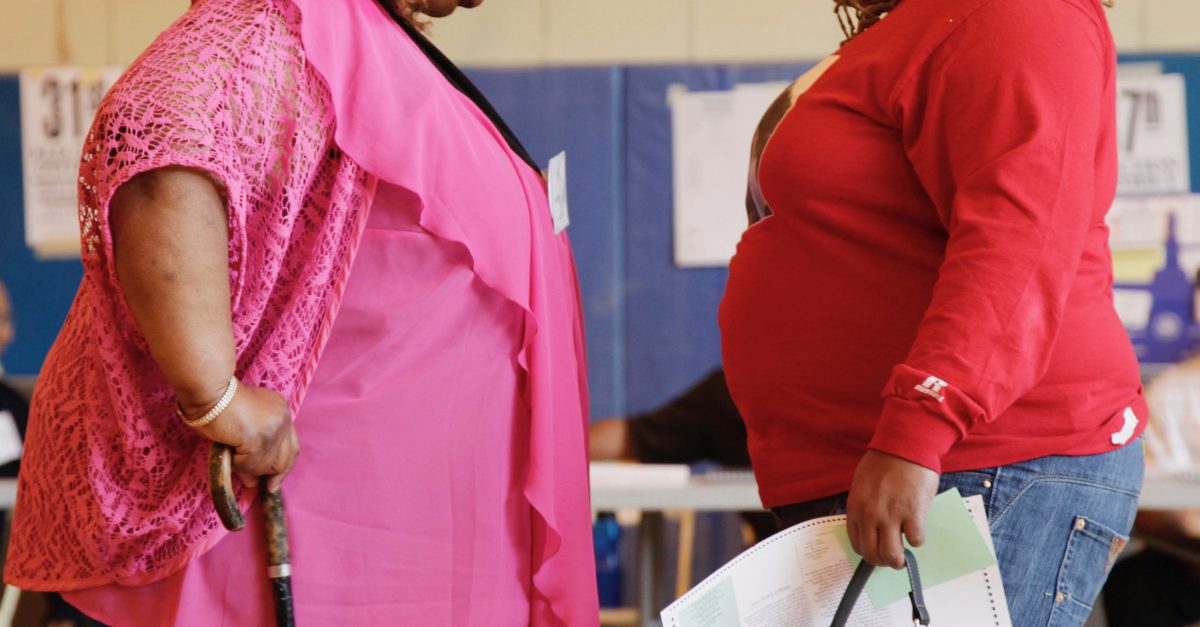 AP Photo/Mark Lennihan
In this June 26, 2012, photo, two overweight women hold a conversation in New York. A new poll suggests that while more than 7 in 10 Americans can correctly tick off heart disease and diabetes as obesity's most serious consequences, few Americans are aware of the lesser-known health consequences_ such as worsening some types of cancer, arthritis, sleep apnea and even infertility. Only about one-quarter of people think it's possible for someone to be very overweight and still healthy, according to the poll by The Associated Press-NORC Center for Public Affairs Research. (AP Photo/Mark Lennihan)

Once the fattest in America, Houston lost a reported 16 sizes in two years.

According to a nationwide survey of the 100 most populated metro areas, Texas’ largest city is only 17th in the nation based on obesity rates and level of physical activity.

While this is good news deep in Houston’s hearts, the conclusory data shows that over 70 percent of the U.S. population over 15 is overweight or obese.  Researchers estimate this portion of the population requires about $326 billion in annual health care costs, as well as contributes to almost $10 billion in lost work productivity.

This is why HealthyWage, a New York-based company, makes it their job to have fitness be yours.

As part of its Work Healthier Challenge, starting May 1, teams of five can win up to $10,000 if they lose the highest percentage of weight over 12 weeks. Entry is $375 per team – roughly $75 a person, but players who lose at least 10 percent of their body weight after six months are eligible for a full refund of their portion.

“Our financial incentive-based approach to motivate weight loss is proven effective. Like other contests throughout the United States, the Work Healthier program will be a fun and effective way to mobilize the community around health and wellness.”

RELATED: These 4 vitamins will majorly boost your workout results

Read all of the fine print here while you think about who you want on your team, and if you can’t get motivated to work with others for 12 weeks, remember that, once you lose weight, experts agree that it’s easy to gain it back.