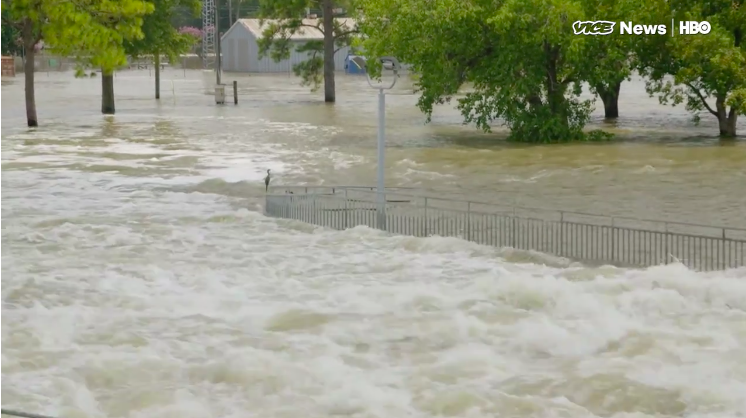 About 250 homeowners in the west side of Houston made time this weekend called out city officials for their decision to release thousands of cubic feet of water from a nearby reservoir due to the pressure of the massive rainfall brought by Hurricane Harvey.

The water released from the reservoir overflowed the city’s sewage system, flooded numerous homes, and caused millions of dollars in damages.

Numerous residents, many of whom did not have flood insurance, shouted down the decision to flood their homes.

Debora Kumbalek, who lives in Travis? district in Houston, shouted at Travis, ?We couldn?t survive the Corps – why should we rebuild??

Shortly after the Harvey rains ceased, the U.S. Army Corps of Engineers and the Harris County Flood Control District announced they would open the floodgates to the Addicks and Barker reservoirs to prevent a catastrophic overflow. Federal and local authorities issued evacuation notices to area residents, informing them that their homes would flood when the water was released.

RELATED: Houston floodwaters pose a number of serious health and environmental problems you should avoid at all cost

The Corps had planned to release up to 13,000 cubic feet of water per second to relieve pressure on the reservoir. They also planned to measure their progress by the gauges planted along Buffalo Bayou, one of the primary waterways which flows from Houston into the Gulf of Mexico.

However, many of those gauges were broken by the heavy rainfalls, and others were damaged when the water was released, so they could not keep an accurate record of how much water had been added.

Residents who returned to their homes found them flooded out, with up to five feet of standing water in some neighborhoods.

Homeowners had to combat filthy water and strong odors due to the overflow in the area’s sewer system, as well as wildlife ranging from fire ants and mosquitoes to snakes and alligators.

RELATED: Severe flooding may be a thing of the past thanks to projects being considered by Harris County

According to the U.S. Environmental Protection Agency and the Texas Commission on Environmental Quality, 70,000 people were left without water because 52 of the state?s public drinking water systems were either damaged or completely destroyed.

Additionally, 380,000 people are required to first boil their water.