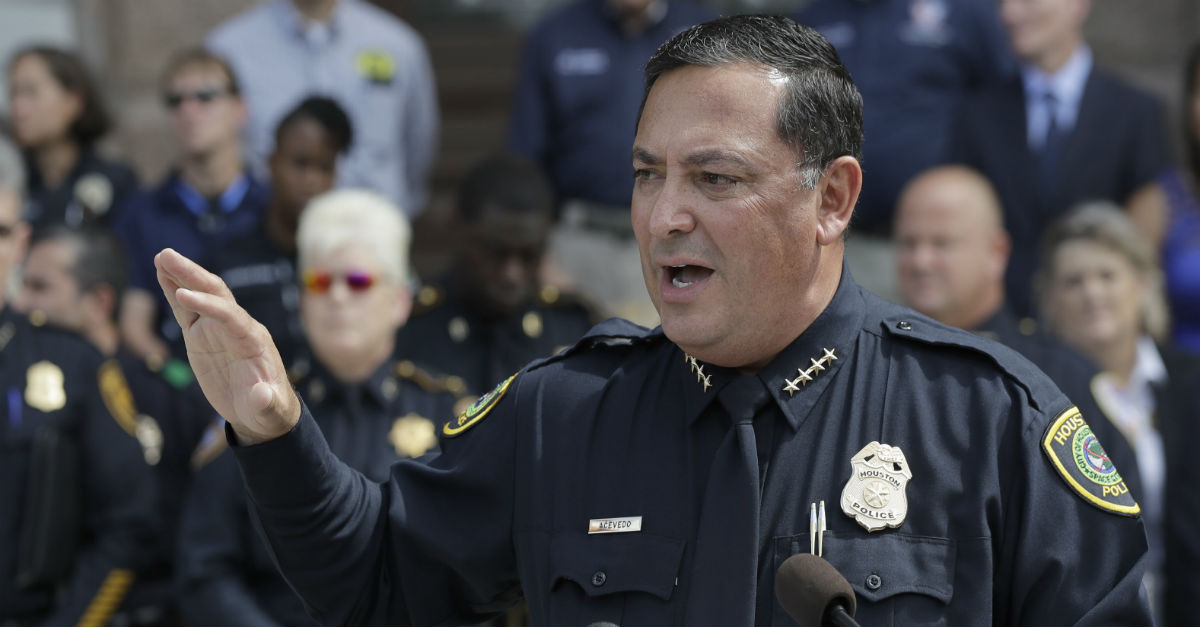 Rare media library
In this July 25, 2017 file photo, Houston Police Chief Art Acevedo and other law enforcement take part in public safety event in Austin, Texas. Even as a new Texas law targeting so-called sanctuary cities remains in legal limbo, police chiefs and sheriffs are making changes to comply. Houston police are drafting a policy instructing officers about their responsibilities under the law. Acevedo, an outspoken opponent of Senate Bill 4, said officers will be required to file a report anytime they ask someone about their immigration status. The law goes into effect Sept. 1 unless a federal judge in San Antonio blocks it. (AP Photo/Eric Gay, File)

As details of the school shooting in Kentucky claiming the lives of two 15-year-olds continue to surface, Houston Police Chief Art Acevedo called legislators’ silence on the issue of gun control “deafening.”

“Is it too soon to talk about gun violence today?” Acevedo asked on Twitter. “Or do we wait for the 12th school shooting of the year, or 13th or 20th? When is it time to address this epidemic in a pragmatic manner?”

RELATED: Immigrating from Cuba as a boy has endowed HPD Chief Art Acevedo with a different perspective on policing Texas’ largest city

Acevedo has said his department respects the Second Amendment right to bear arms, but wants to keep guns out of the hands of people who would use them to harm others.

We respect and protect the 2nd Amendment by doing what we can to keep firearms in the hands of law abiding Americans of sound mind and by throwing the book on anyone who uses a firearm during the commission of a crime.

Acevedo also spoke out after the shooting in Las Vegas last year — the deadliest so far in our nation’s history — calling out Congress for trying to pass legislation that would have reportedly made gun control laws less rigid, according to Telemundo.

But Houston’s police chief isn’t the only one angry about the alarming proliferation of gun violence in America, particularly in schools; the Kentucky shooting is the eleventh school shooting this year.

Former Congresswoman Gabrielle Giffords echoed Acevedo’s sentiments on Twitter. Speaking as a victim of gun violence, Giffords said in a statement, “We know how to solve this problem. Congress can protect our kids in their classrooms, in the cafeteria, and on the playground ? but to do that they must strengthen our gun laws.”

We can't solve our biggest problems if we fail to acknowledge they exist, @MSNBC, @FoxNews, @CNN. When kids witness their classmate open fire on their school, we should all be talking about it and demanding answers. pic.twitter.com/Zo3h419tq8

In addition to the two children killed in Kentucky, 17 were injured by a 15-year-old who will be tried as an adult and charged with murder and attempted murder, according to the Marshall County prosecutor’s office.

RELATED: One of the victims of the Kentucky shooting made a phone call to her mother as she was dying