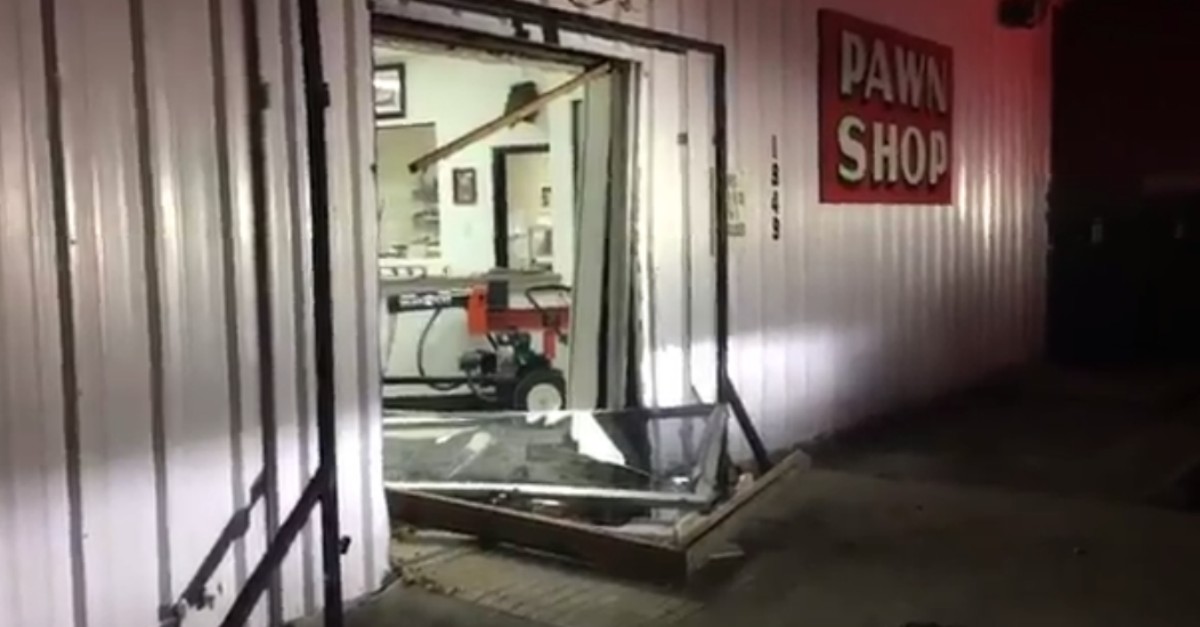 Authorities became reacquainted with a familiar face early Thursday morning when they arrested a man in connection with a pawn shop smash-and-grab in northwest Houston; the perpetrator had shot at Houston police officers before.

RELATED: Intruder of a Harris County home puts on a show when he thinks no one is looking

Neighbors were alerted when they heard and saw a group of four men attempting to pry the crossbars off of the Spring Branch Jewelry & Loan storefront with a truck at about 2:30 a.m.

SMASH & GRAB at this pawn shop in NW Hou. Police: stolen truck used to yank the barred doors off storefront. One man arrested. Police say it’s the same guy who shot at officers around nearby school one year ago. #abc13 pic.twitter.com/f08aNpej4Q

When police arrived at the scene, the suspects had cleared, but they later found the truck abandoned at TC Jester and Loop 610.

Soon after the discovery, they were able to apprehend one of the men involved — a convicted felon who shot at police in a schoolyard in 2017.

The three other men involved in the incident were reportedly able to get away with stolen jewelry.