Houston Rodeo goers explain why weed should be legalized 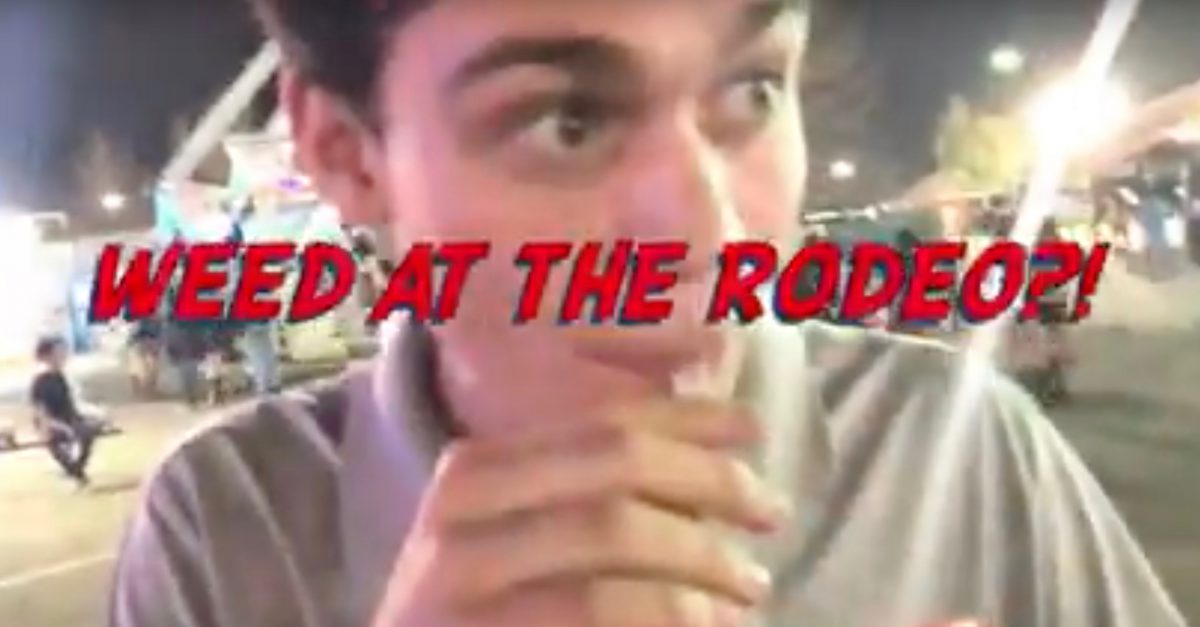 The 85th Annual Houston Rodeo broke all kinds of records this year.

In addition to being the most attended Rodeo in event history with over 2.6 million visitors, there were more public pot supporters among the crowd than have ever been documented before ? at least for the overwhelming majority of one sample of attendees.

Just before the Rodeo kicked off, Houston?s newest marijuana policy went into effect, under which, effectively, individuals may possess under four ounces of pot without facing criminal action.

Officials said the program is meant to realign policy with the reality of weed?s growing prevalence throughout society, as well as save valuable resources for prosecuting real crimes, like organized crimes and gang violence.

With a similar attitude, several people interviewed said they believe weed is safer than alcohol, and there was a general consensus that it has several promising propensities, including positive economic impacts, tax benefits, and medically uses.

Perhaps these perspectives shed light on how more than 3,400 corn dogs, 8,000 funnel cakes, and 34,000 cinnamon rolls were sold at this year?s roundup.

A few couples interviewed were at odds with their partners? stances on legalizing weed, however, there was nearly unanimous support for beer, based on evidence shown in almost every shot.

Despite their differences, everyone appeared to be enjoying themselves.

RELATED: If history repeats itself, the Feds? recent seizure of 3,000 pot plants just outside of Houston could be one of their last

Then again, the Rodeo is always a blast.