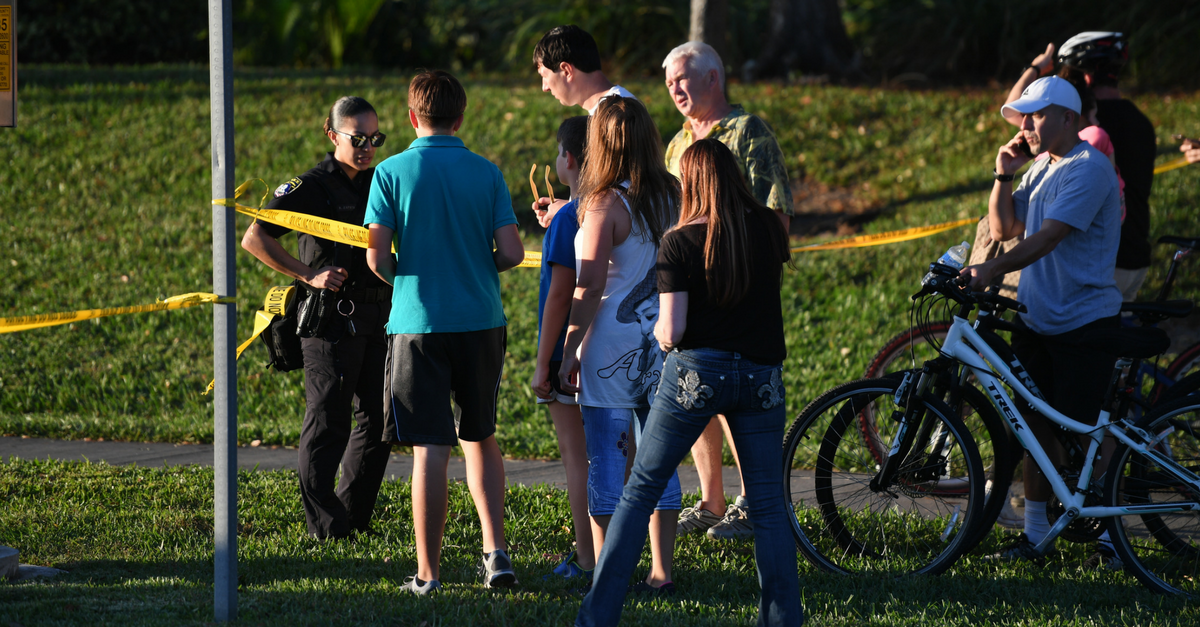 However, what started out as fun and games quickly turned to tragedy as they learned of a horrific event unfolding nearby.

“We need you to leave Astros spring training and get on the road for a school shooting,” Greg Bailey, an Eyewitness News sports reporter, says his station told him via a phone call.

Bailey is among a number of Houston sports reporters that are currently in West Palm Beach, Florida, to cover the Astros’ 2018 spring training.

As news broke of a shooting in Parkland, Florida, Houston news agencies realized they had reporters onsite just one hour away.

Bailey described a scene of mayhem when he and photojournalist Francisco Barragan arrived at Douglas High School.

One father who raced to find his child didn’t even have any shoes on.

Sports Director @GregBailey13 went to Florida to cover the @astros Spring Training, but ended up covering one of the deadliest school shootings in history. He said, "I knew it was bad when the news desk called." https://t.co/c9MJmpbIkP pic.twitter.com/BUC7PQkULw

Bailey wasn’t the only Houston reporter on the scene.

KHOU sent their sports reporter Matt Musil to Parkland to report on the story.

Musil captured footage of a vigil held to remember the fallen students and faculty.

#KHOU11 We Head Back to #ASTROS Spring Training today but our thoughts & prayers remain with all the families from Parkland. #FloridaSchoolShooting pic.twitter.com/yGEIg7bsZn

#KHOU11 #FloridaSchoolShooting candlelight vigil and memorial service for the 17 people who died at Douglas HS in Parkland yesterday. pic.twitter.com/fkOWN8YfDv

Musil also conducted a controversial interview with a young woman who claimed to be a student at the high school. She also said she knew the student accused of the crime.

In the interview, the young woman makes comments suggesting that their was a second shooter — a story that was picked up by national media.

However, those allegations have not been substantiated by officials.

#KHOU11 After shifting over from #ASTROS Camp to coverage of school shooting in Parkland, Forida, I talked with Alexa Miednik , a Senior at Douglas HS. She never saw a gun but she says she knows the alleged shooter… pic.twitter.com/qzaOUbFMPu

The controversial statements have drawn criticism from some Houston viewers, but other news fans were quick to defend the reporter:

Matt Musil is a sports reporter from KHOU Channel 11 in Houston. He’s in Florida to cover the Astros in Spring Training Camp. Great reporter & I can’t believe he would interview & post something that seems so questionable. Zero credibility.

He is a local sports anchor for KHOU 11 here in Houston, TX he was in FL covering the first day of the Astros Spring training in FL, that is why a lot of Houston media was there, but these are sports media guys.

Matt is a long time sports newsman in Houston on local channel 11. He was there covering the Astros Spring Training. The station called all the journalists to go there for coverage.

KPRC2 also sent reporters to Parkland to cover the story, including a photojournalist who captured footage of the memorial service.

And now the candlelight vigil is packed. Positive vibes flowing from here in remembrance of those lost. #ParklandShooting #ParklandStrong pic.twitter.com/gNPYvDkQrR