Texans rookie running back D’Onta Foreman was arrested in Austin at 3:00 a.m. Sunday morning while visiting friends in his former college town.

Foreman was leaving his friends’ residence when University Police approached. They asked to search his vehicle, and Foreman consented to the search and told officers beforehand that he had a secured, legal firearm in his vehicle.

In addition to the firearm, police found that one of Foreman’s friends was in possession of marijuana.

The two charges are both misdemeanors, and Foreman bonded out early Sunday afternoon.

Foreman’s attorney Chip Lewis released a statement on Monday morning explaining that Foreman was completely innocent of the charges and would quickly be cleared.

According to Lewis, Foreman legally purchased the handgun, registered it in his name, and properly secured it in his vehicle as required. He was in compliance with all legal requirements to transport his gun.

Lewis also stated that the person in possession of the marijuana was a passenger of the vehicle, and Foreman did not use or possess the drug. He said that Foreman would prove his innocence by immediately submitting to a urinalysis.

RELATED: Murders are down in Houston despite increases across the nation

The Texans are investigating the incident.

Foreman, who played for the University of Texas and is a Texas City native, was a third round pick in the draft last spring. 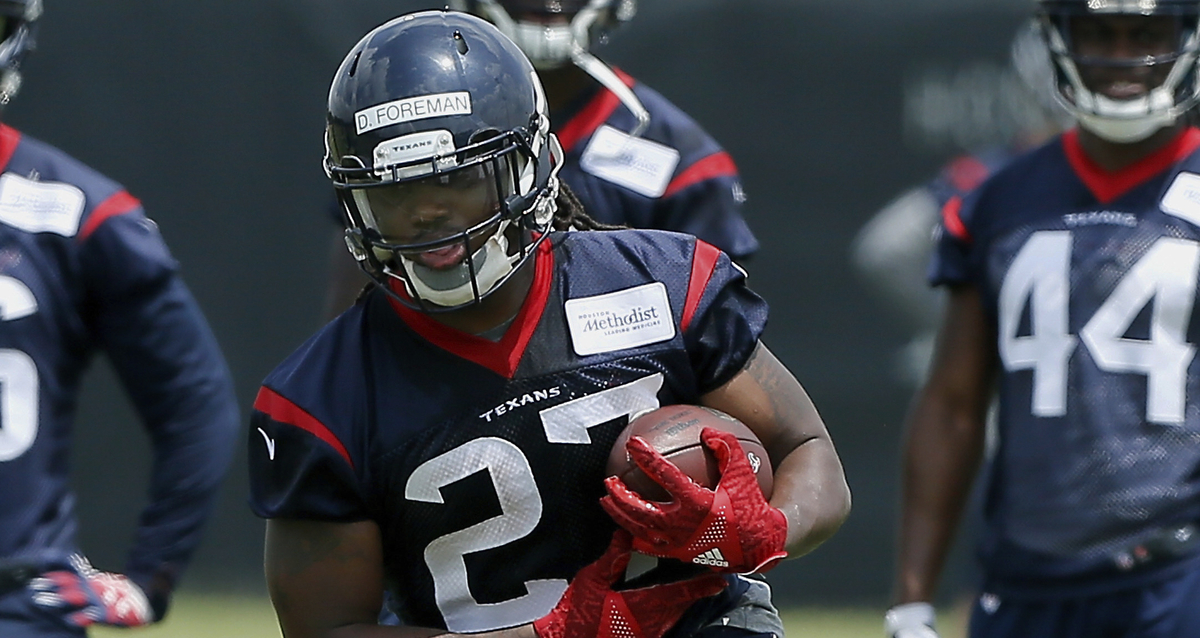