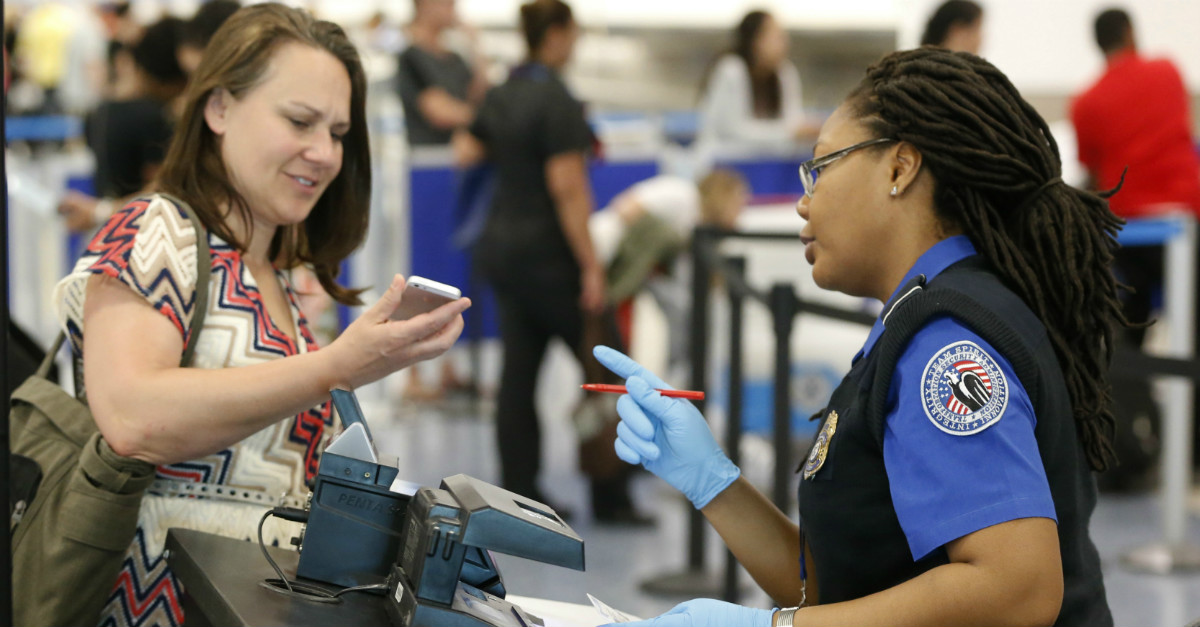 Rare media library.
A TSA officer looks on as a traveler scans her boarding pass on her phone, Tuesday, May 2, 2017, at Miami International Airport in Miami. The TSA is asking travelers to prepare and know what items the can and can not bring with them during the upcoming busy summer travel season. So far this year, the TSA has stopped passengers from carrying-on five guns at MIA and 20 at Fort Lauderdale-Hollywood International Airport. (AP Photo/Wilfredo Lee)

The Transportation Security Administration (TSA) screened 1.44 million people at Bush Intercontinental Airport and 468,000 at Hobby Airport in July, according to the Houston Chronicle.

Gerry Phelan, TSA’s federal security director at Bush Intercontinental Airport, said in a statement that July was their “highest volume month ever,” and that this summer was “shaping up to be the busiest summer travel season on record.”

The TSA also set two back-to-back records nationally this summer, setting it in June at 69,985,052 screenings and then breaking it the next month with 72,117,046 passengers and crew checked. That breaks down to 2.33 million people per day. Overall, this summer has seen an incredibly high amount of travel across the U.S.

According to airline data, it looks to remain that way for a while longer. Airlines for America predicts 16.1 million people worldwide will take a U.S. airline flight between the end of the month and September 5, a five percent uptick from last year’s Memorial Day travel numbers.

RELATED: Travel Destinations to Add to Your Bucket List.