Menu
Follow us
Search
Menu
Search
Washington Redskins kicker Dustin Hopkins (3) gives a thumbs up after kicking a 29-yard field goal against the Chicago Bears during the first half of an NFL football game, Saturday, Dec. 24, 2016, in Chicago. (AP Photo/Charles Rex Arbogast)

RELATED: NFL player breaks down after fulfilling a touchdown promise for his baby

His former FSU Golden Girl dancer wife Gabrielle could not be reached for comment on how she looked as stunning as she did following childbirth, but the three are reportedly home, happy, and resting comfortably.

Drafted to the League in 2013, Hopkins made his way to Washington in 2015 and kicked 34 field goals last season. The 6’2” kicker was a legend at Clear Lake High School, where he was known for his gold cleats and his better-than-4.0 GPA.

He went on to set a new NCAA career scoring record for kickers at FSU in 2012, and Hopkins said he is looking forward to the upcoming season in D.C.

RELATED: Pregnant Ciara shows off her belly in topless shoot and opens up about getting ready for her second child

Hopefully, he gets some sleep before then, but it looks like his skill is genetic. 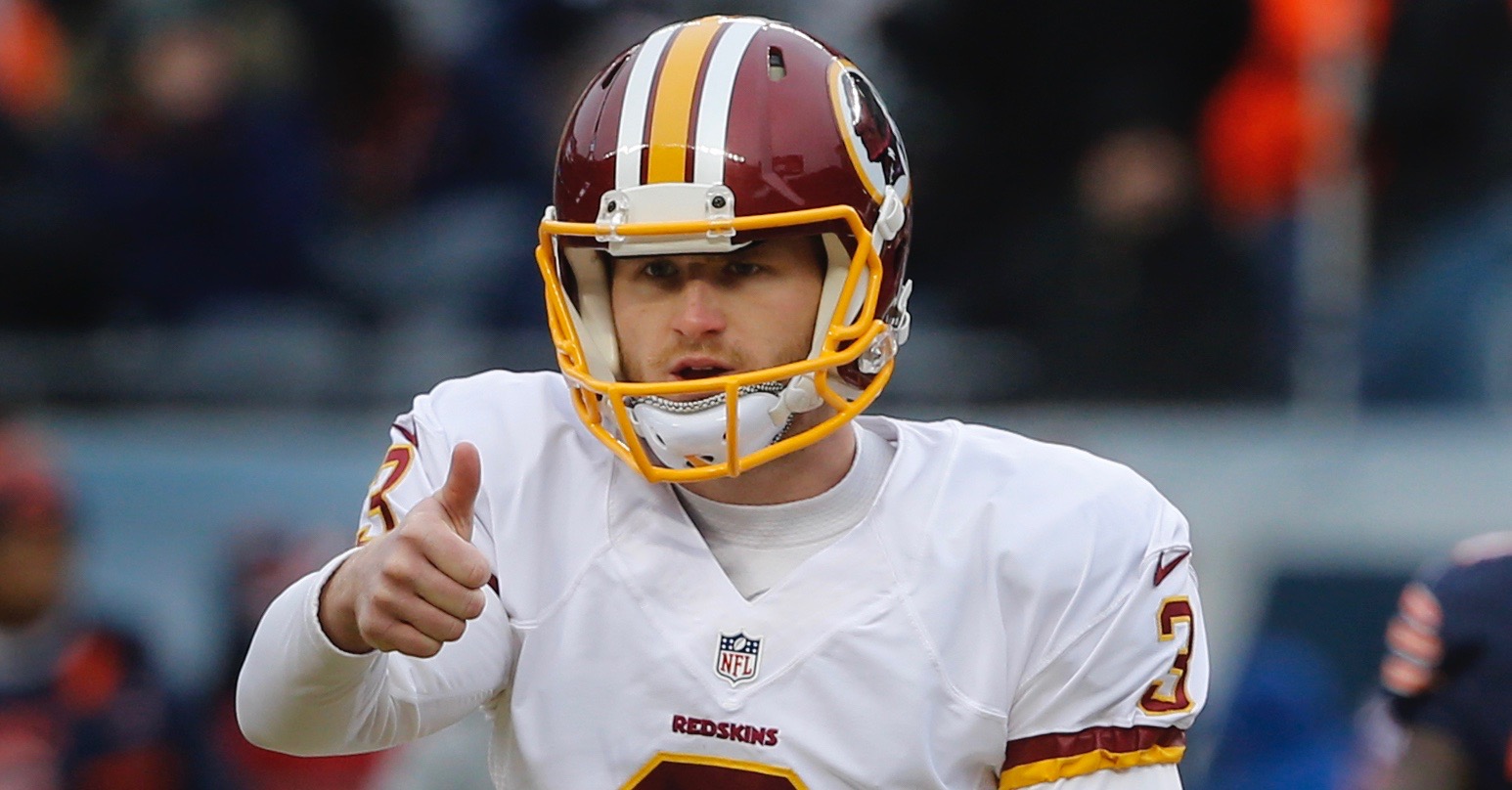