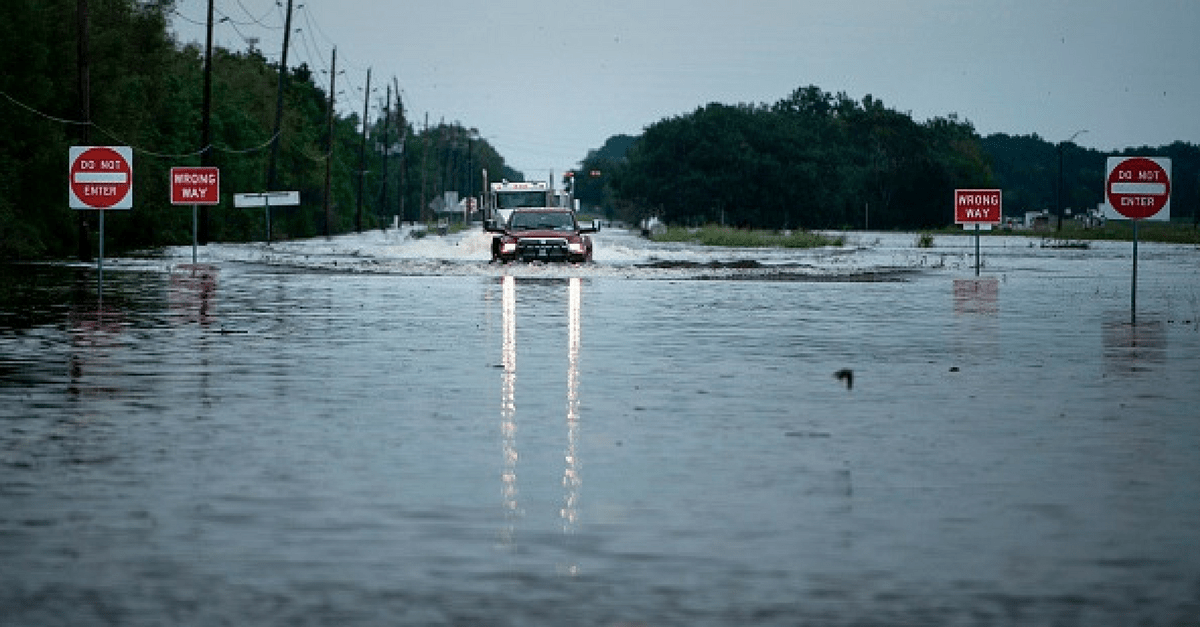 BRENDAN SMIALOWSKI/AFP/Getty Images
TOPSHOT - Trucks make their way through flood waters on a main road leading to the Arkema Inc. chemical plant that was in crisis during the aftermath of Hurricane Harvey on August 30, 2017 in Crosby, Texas. After pouring record rains on Texas, Tropical Storm Harvey made a second landfall Wednesday to strike Louisiana, a state that still bears deep scars from 2005's Hurricane Katrina. / AFP PHOTO / Brendan Smialowski (Photo credit should read BRENDAN SMIALOWSKI/AFP/Getty Images)

After Harvey left the region, homeowners across Texas began the long wait for waters to recede.

However, in many areas, water levels increased.

For the rising aftereffects, lawsuits are currently pending against the Army Corps of Engineers, the City of Houston and the Harris County Flood Control District, with residents arguing the city’s reservoirs were mismanaged.

RELATED: Residents near reservoirs never knew they were in the flood zone

And homeowners in Brazoria County claim they weren’t the only groups responsible for flooding homes.

According to residents in Sweeny, a nearby refinery and chemical plant improperly dammed a bayou to protect its assets, allegedly, in turn, diverting the floodwaters into area homes and inundating neighborhoods initially spared by the storm.

“I was shocked,” homeowner David Harquist said in an interview with CBS News. “I was like what in the world is going on, and, then, all of the sudden, the water came up, and it started coming up quickly.”

The Phillips 66 refinery and Chevron Phillips chemical plant are four miles from the flooded homes.

In total, 150 homes were flooded because of the two dams, which homeowners maintain were constructed without warning.

They further claim a backhoe was later used to remove the blockages.

All of this was allegedly caught on video – the footage also proving the refinery and plant remained dry.

Homeowners are furious their properties were flooded, but they also want to know why they weren’t given warning.

If the company knowingly blocked water from their facility, they believe the losses were avoidable with notice.

“I’ve talked to so many people that if they just had a little bit of notice they could have saved so much,” lawyer Josh Bowlin said in an interview with CBS News.