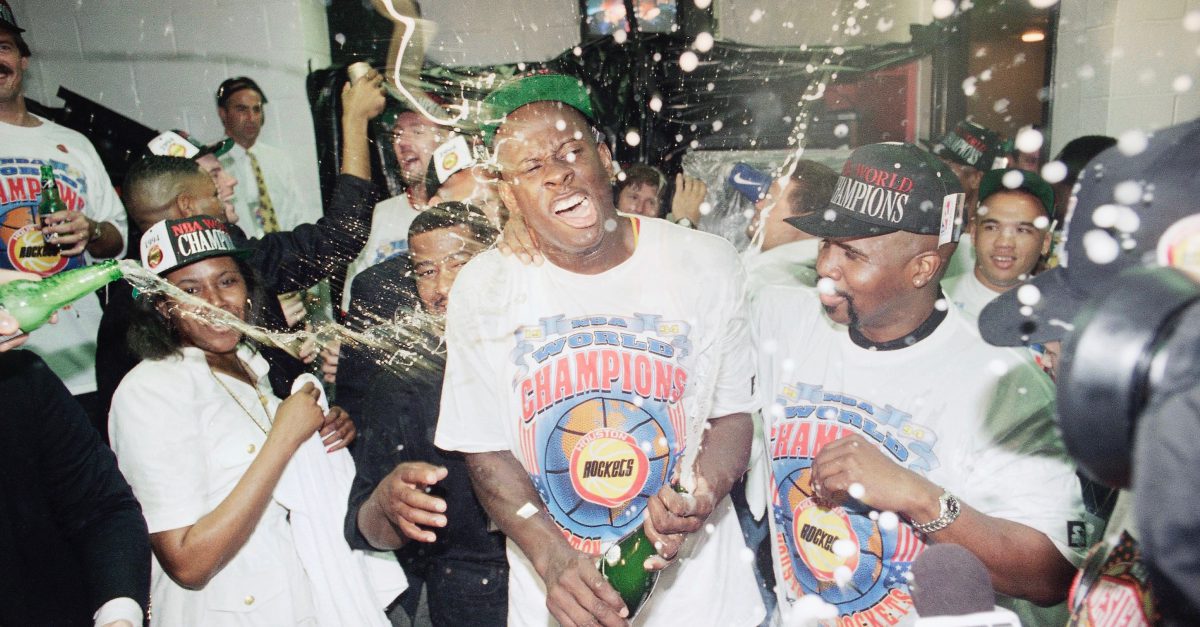 On June 22, 1994, the Houston Rockets beat the New York Knicks in Game 7 of the NBA Finals to bring Space City its first major pro sports championship.

The title also brought an end to years of frustration for Houston sports fans, many of whom had seen their teams on the verge of championship glory, only to see them suffer monumental collapses on the biggest stages.

“Choke City”
During the early 1990s, not entirely unlike today, the act of rooting for the home team in Houston was an exercise in frustration.

The Oilers suffered the biggest collapse in NFL playoff history in the 1993 AFC Wild Card playoff game, when they blew a 35-3 halftime lead to lose to the Buffalo Bills.

Furthermore, during the 1994 NBA Playoffs, the Rockets blew a 20-point lead against the Phoenix Suns, putting themselves in a 0-2 hole in the best-of-seven series.  After that game, a local newspaper ran the headline, “Choke City,” and the name stuck.

RELATED: The legacy of Yao Ming (and Houston!) will live forever in a quintessential 2000s ESPN commercial

The Road Back
After blowing the first two games at home, the Rockets won Games 3 and 4 in Phoenix, just to draw even in the series.

They won Game 5 in Houston to take a 3-2 lead, but the Suns won Game 6 in Phoenix to force a critical Game 7 in Houston.

A 37-point effort from center Hakeem “The Dream” Olajuwon brought Houston a 104-94 win and a trip to the Western Conference Finals.

From “Choke” to “Clutch”
After defeating the Utah Jazz in the Western Conference Finals four games to one, the Rockets advanced to the NBA Finals for the first time since 1986, where they faced a tough New York Knicks team.

Led by center Patrick Ewing, the physical, hard-hitting series went to a Game 7 in Houston.

Olajuwon scored 25 points in the Rockets’ 100-95 win. He also became the first player in NBA history to win the regular season Most Valuable Player, the Finals MVP and the Defensive Player of the Year Award all in the same season.

“Don’t Underestimate The Heart Of A Champion”
Head Coach Rudy Tomjanovich, himself a former Rockets player, celebrated with his team at center court.

As the confetti rained down and he held the Larry O’Brien Trophy, he told the worldwide TV audience, “Don’t ever underestimate the heart of a champion.”

The Rockets would prove themselves as champions the following year, as well, sweeping Shaquille O’Neal and the Orlando Magic in four straight games during the 1995 Finals.