Where were you when the Astros won the World Series?

For many Houstonians, they may never forget when the ‘Stros earned history, and the moment of the big win –  something the camera could help them relive for years to come.

If you attended one of the watch parties around Downtown Houston, then you may be able to pick yourself out in a recently released video montage called Astros Win Reactions.

As featured below, the montage includes reactions from Minute Maid Park, watch parties around Downtown Houston and outside Academy stores, where fans waited to be the first to buy Astros World Series gear.

One fan who watched Game 7 at Minute Maid Park summed up what the championship meant for Houston:

“Everybody that lives in Houston knows how important this win was for us,” Ryan Wong shared in regard to the championship title. “We got devastated by a hurricane a few weeks ago, and everyone was down on their luck. But the Astros picked us up, they gave us some hope, they gave us something to cheer for and, now, we’re champions of the world!”

The next time you’re feeling down, just remember how you felt after that Game 7 win.

If you need some help remembering, check out this video below! #HoustonStrong! 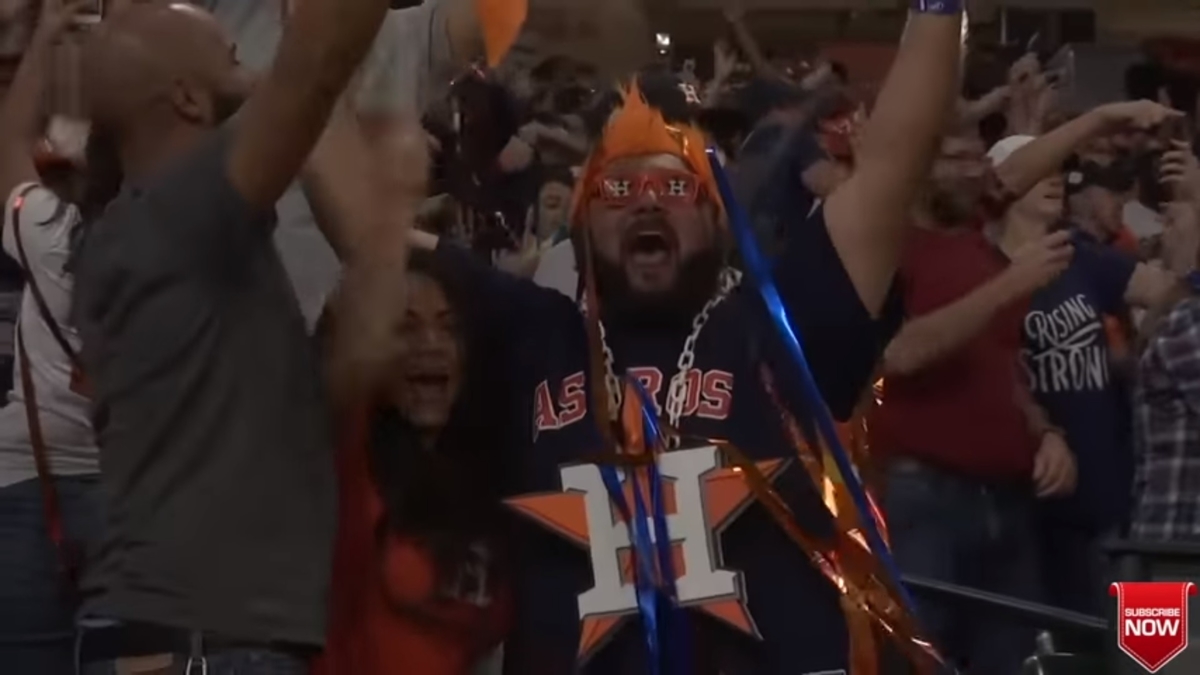