Houston is home to a vast selections of museums – with more available here than, perhaps, anywhere in the country.

With so many museums dedicated to art, science, medicine and history, visitors are often at a loss as to where to start.

RELATED: He showed up at a stranger’s funeral with his girlfriend, and it got worse from there

But in the case of Houston’s most unique museum, the best place to start – is at the end:

The National Museum of Funeral History is celebrating its 25th anniversary this year.

The museum features exhibits on funeral customs, ranging from those of ancient tribes, to those featuring modern technology.

Fourteen permanent exhibits include displays of coffins, hearses and funeral rites. The rotating special exhibits change every few months, but always offer some entertaining and educational displays on funeral rituals.

After a donation from Service Corporation International founder Robert Waltrip, the museum opened in 1992. SCI is North America’s largest provider of funeral services, cemetery properties and cremation facilities, with over 2,000 locations across the United States, Canada and Puerto Rico.

Genevieve Keeney, the museum’s president and chief operating officer, tells the story of how Waltrip got the idea for the museum.

“He was noticing a trend of the tools of our trade,” Keeney said. “Unless somebody had a special interest in those items, a lot of the items were being discarded. Mr. Waltrip wanted to find a way to hold on to our history, but he also saw it as a way to put these items together to educate the people about our profession.”

RELATED: A Texas woman walked up to an open casket and what happened next is unbelievable

Fans of vintage cars can peruse the collection of classic hearses, while the coffin exhibit gives a look at funerary rites of different cultures around the world. 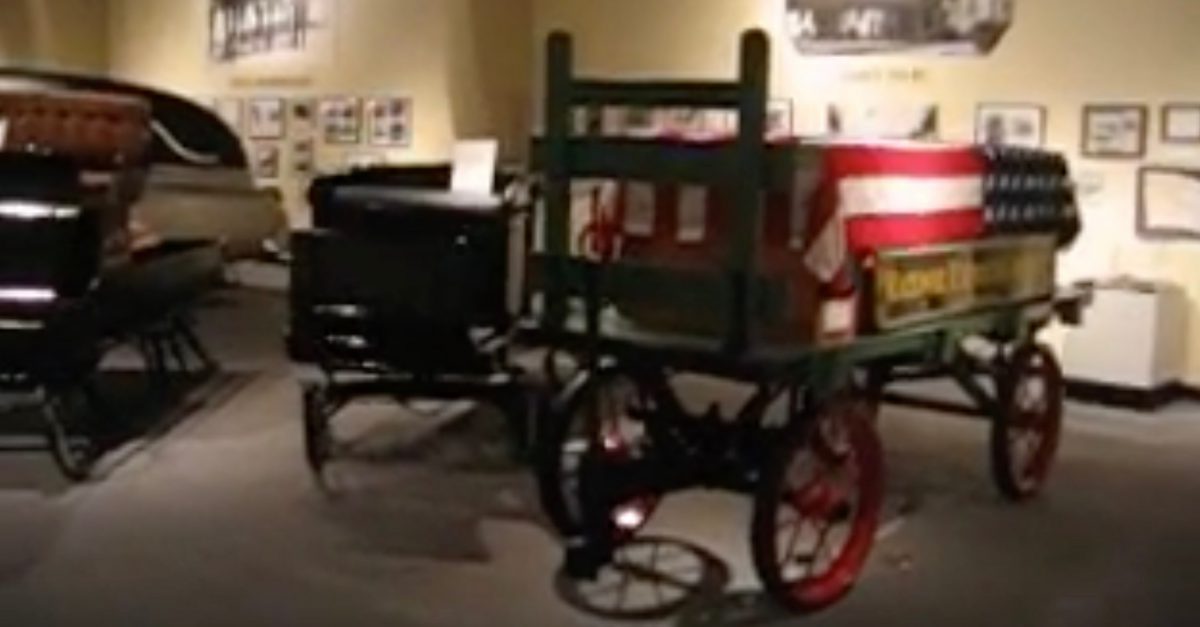