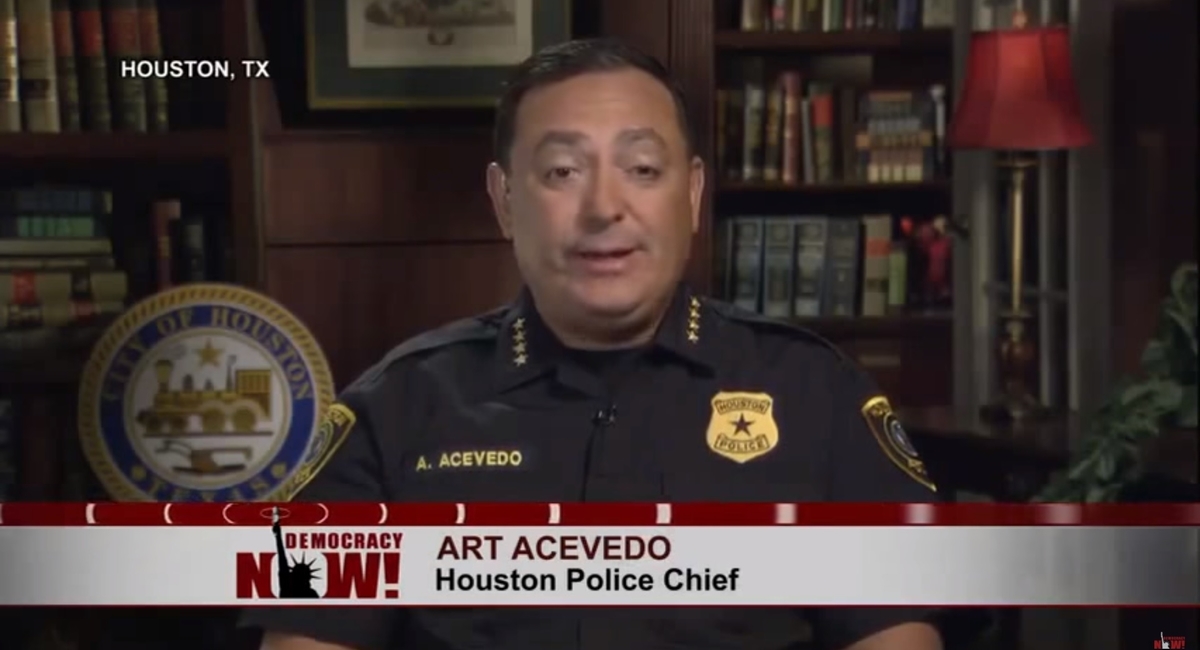 Houston’s police chief Art Acevedo appeared on Democracy Now on August 7 to discuss the “show me your papers” legislation in Texas and how it would impact Houston’s police practices. The new law goes into effect on September 1 and could create trouble for the city’s large immigrant community.

Critics of the law argue that it threatens public safety because it deters members of the Hispanic population from reporting crimes. This allows criminals to go unprosecuted.

As Houston’s first Latino police chief, Acevedo is critical of the law, which he says is already having an effect in Houston. He says that the Houston Police Department has already seen a drop in rapes reported by Latinos, while rapes reported by non-Latinos have risen.

Acevedo explained that even legal residents have stopped reporting crimes because they fear getting involved with the legal system and worry that people in their community or family who may be undocumented will be discovered if they work with law enforcement. If people don’t report crimes or work with police, then police can’t properly investigate and work to prevent future crimes.

In their broadcast, Democracy Now referenced a report from the Fort Worth Star Telegram that backed up what Acevedo is saying. After being arrested by Fort Worth police, a group of teenagers suspected of robbery admitted that they targeted Latinos “because they’ve got money, and they don’t call the police.”

Democracy Now also interviewed a HPD officer who came to the United States as a undocumented immigrant. Officer Jesus Robles entered the country as a child and spent twenty years working to attain citizenship. He now serves and protects his community.

Robles says he won’t question Latinos about their legal status, despite SB 4. He says that police officers are there to protect the community and are not usually concerned with finding out people’s legal status. He worries that the new law will make it harder for the police to get the cooperation they need to do their jobs effectively.