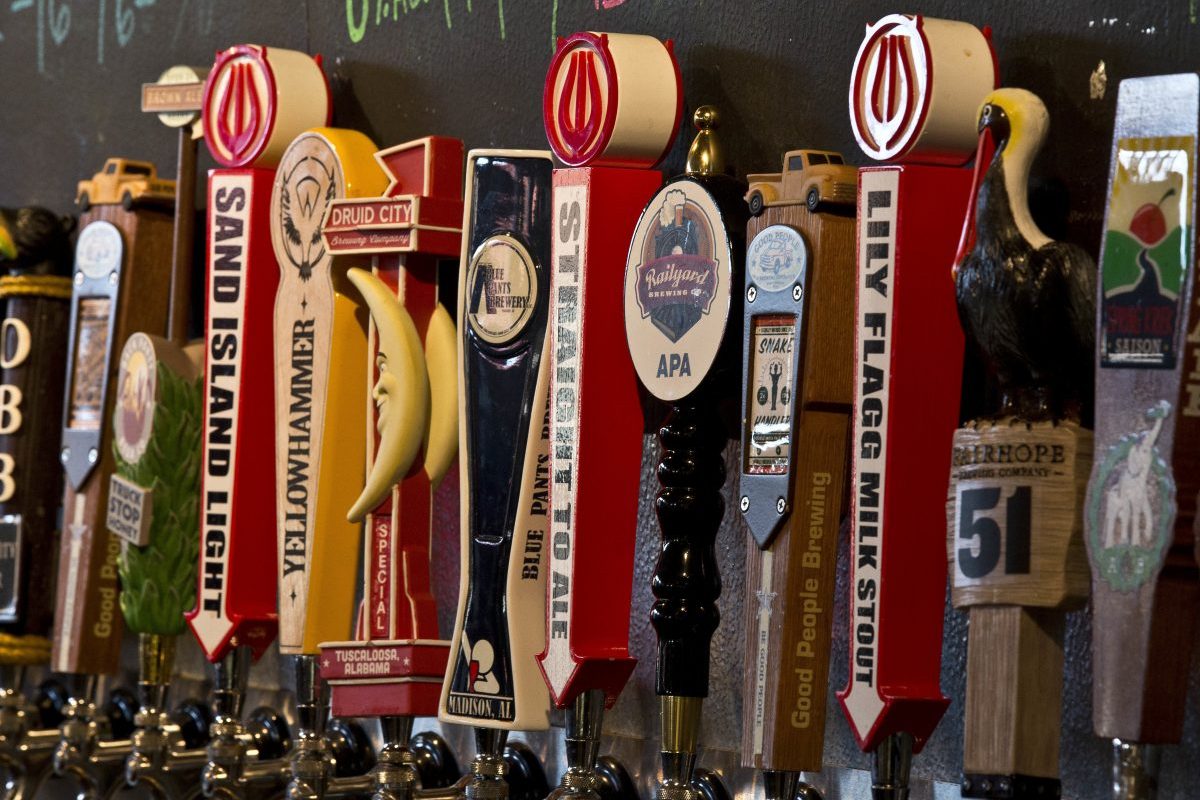 FILE - In this Dec. 11, 2013 file photo, a row of beer taps stand ready to serve at Hop City Craft Beer and Wine in Birmingham, Ala. A new law will loosen Alabamas alcohol laws to let craft breweries sell to-go beer directly to consumers. Alabamas 25 or so brewers have been selling beer in retail stores for several years. But they could only sell draft beer by the glass to customers who visited a brewery. (AP Photo/Dave Martin)

The spirit of a Houston landmark lives on inside a bar situated in southwest-side strip mall. The Shamrock Inn Pub in Houston’s Sharpstown neighborhood holds a large collection of memorabilia from the legendary Shamrock Hilton Hotel, once a center of big business and high society from the 1950s all the way until its demolition in June 1987.

The pub has been in business for nearly 30 years and uses many of the decorations from the original Shamrock, including light fixtures, mirrors, wood paneling and glass racks. Some workers have mentioned that more than the tangible effects from the classic hotel have made their way into the bar, as they have reported unexplained incidents of televisions powering on and beer bottles flying off shelf racks, all without a single human touch.

The Shamrock Hilton was the center of Houston’s night life for most of the previous century. The hotel was completed in 1949 and became the destination for politicians, movie stars, and musical acts who traveled through Houston. Legends such as Frank Sinatra and Elvis Presley performed in the hotel’s ballroom. The Beatles stayed at the Shamrock after their 1965 concert at the Sam Houston Coliseum in August 1965. The site now hosts a park and the Texas A&M Institute of Biosciences & Technology.

While the Shamrock Pub does not host the elite gatherings or carry the elegance and grace of its namesake, the small pub does have its share of regulars who come in to enjoy strong drinks, excellent bar food, and great company.

Also, the sounds of Elvis, Frank, the Fab Four, and other musical legends can still be heard at the Shamrock Pub. The bar hosts its karaoke nights on Wednesdays and Saturdays.

With the trappings of one late, lamented Houston landmark, the Shamrock Pub has seen fit to establish itself as a legendary destination all on its own.