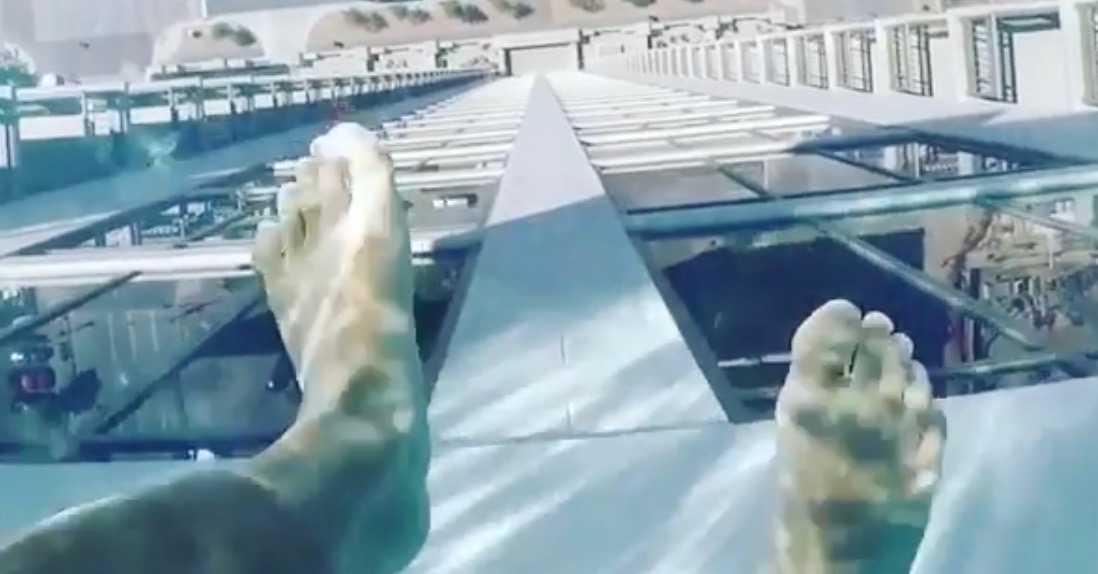 It is rumored Drake wrote his latest album swimming in this pool.

He does spend a lot of time in Houston, after all.

And a 500-foot Plexiglass perspective would be inspirational for anyone.

RELATED: Brave Houston YouTubers pulled off the crime of the century, and they recorded the whole thing

Atop Market Tower Square high rise downtown, residents of the luxury apartment building are set to enjoy this year’s Houston heat while higher than most.  Forty-two floors higher, to be exact.

The building could also cure its residents of acrophobia, should they be afraid of heights.

The invisible ledge is made from 8-inch thick acrylic glass, but similar sky viewing architectural features have given visitors scares before, such as when the coating of the Skydeck observation platform cracked at the Sears Tower in Chicago.

Without connections, however, entry might cost you: residences start at $1,805 a month.

If you’re still not sold, a CVS is set to open on the street level this summer.

For a few hundred dollars less, you can swim around, and around and around Texas:

Just a few blocks over, and four hundred feet below, the Marriot Marquis lets guests experience the lazier side of Texas.

The new hotel has over 1000 opened the state’s latest kitschy attraction in December, and the good times are calling:

Rooms average around $250 a night.

RELATED: Try not to scream while watching this person jump into a pool from four floors up

Of course, the City of Houston estimates there are approximately 4,000 public and semi-public swimming pools within city limits, so your options are open.