Hyperloop or Bullet Train? In Texas, you may not have to choose 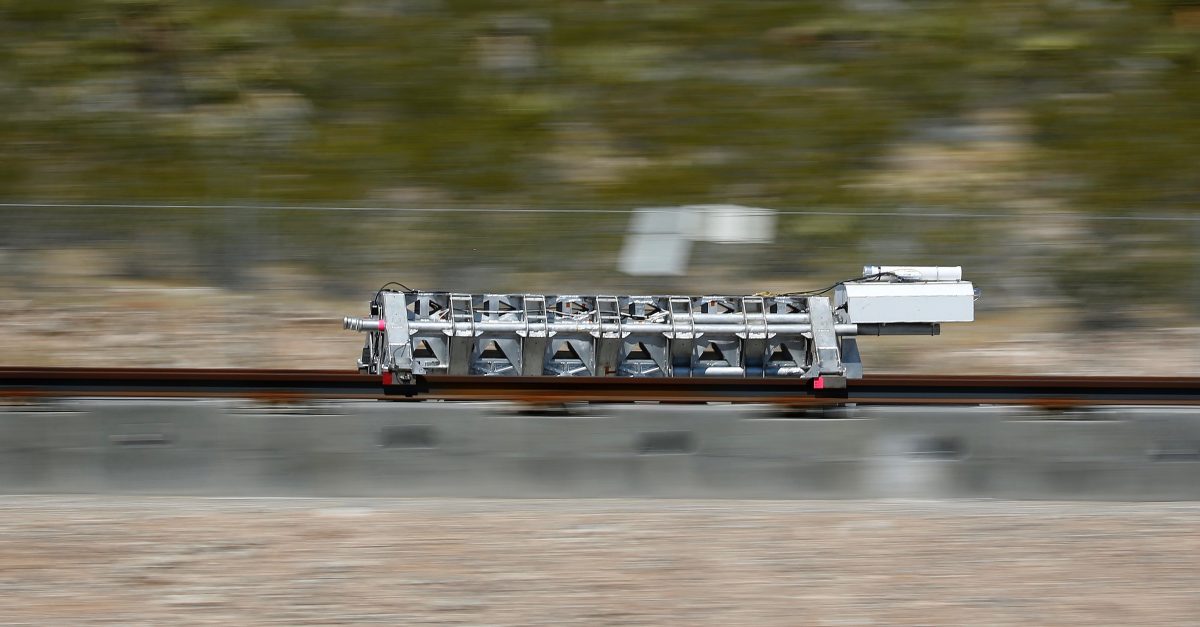 AP Photo/John Locher
A sled speeds down a track during a test of a Hyperloop One propulsion system, Wednesday, May 11, 2016, in North Las Vegas, Nev. The startup company opened its test site outside of Las Vegas for the first public demonstration of technology for a super-speed, tube based transportation system. (AP Photo/John Locher)

Texas is looking at a number of potential providers for Lone Star high-speed rail services.

The state’s recent population growth, combined with a high number of “super-commuters” – travelers between the state’s major metropolitan areas – are said to be driving demand for a clean, efficient and fast transportation system.

According to reports, billionaire Elon Musk is developing a “Hyperloop” non-rail technology he claims will allow passengers to travel to major cities in Texas in just minutes.

The proposed technology for the Hyperloop uses high-pressure pneumatic tubes, much like those found in bank drive-through windows, to propel rail cars at up to 700 miles an hour.

While many Houstonians agree their two Loops are already hyper enough, a proposal by Texas Central Partners (TC) is reportedly looking to create a “straight corridor” high-speed rail route using established technology to accomplish many of the same objectives.

The company’s technology is based on Japanese “bullet trains,” already 50 years old in Japan, to create a Houston-to-Dallas bullet train to make one-way trips in 90 minutes, and a unique combination of geography and population could provide economic opportunity for both train options.

Furthermore, building planners agree the relatively flat plains between Houston, Dallas, Austin and San Antonio could also make the construction of such a massive project much easier than in other areas.

RELATED: He may not be able to sell Teslas (directly) in Texas, but is this Boring idea one Elon Musk could sell in the Lone Star State?

Despite some of the benefits, the plans are encountering opposition, with land owners, including farmers and ranchers who own property along the proposed rail lines, speaking out against the proposals.

In an interview, Kyle Workman, founder of Texans Against High-speed Rail, for example, told a local newspaper his group does not want tax dollars or the threat of “eminent domain” to affect those property holders:

“People love looking into the future and the idea of new technology, but when it gets a little closer to becoming reality, some of them are going to change their minds,” he said in the interview. “Realistically, it’s a lot more appealing before there’s a line on a map. Before there was a line on a map running through Leon County for the bullet train, county officials would have said they were all for the idea. It was only after they saw it would run through the county that they changed their minds.”

Editor’s Note: This story is updated to reflect a change, which initially described TC’s proposal as a ‘triangle,’ and quotes were removed at the request of a spokesperson handling the company’s communication.