If Colin Kaepernick played for the Dallas Cowboys, he probably wouldn’t vibe with owner Jerry Jones 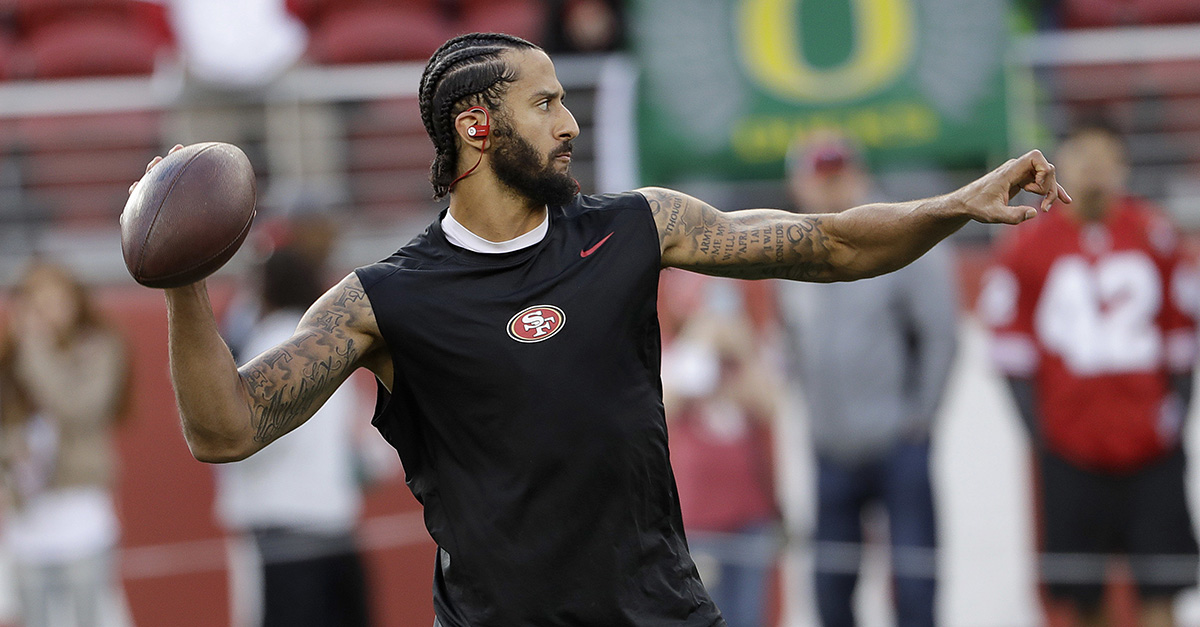 Dallas Cowboys owner Jerry Jones says he considers the growing number of NFL players who have knelt in silent protest during the national anthem ?really disappointing? and he feels ?so strongly? players should stand while the song plays.

Jones made the statements last month in an interview with a Dallas sports talk radio station.

?I just feel so strongly that the act of recognizing the flag is a salute to our country and all of the people that have sacrificed so that we can have the liberties we have,? Jones said. ?I feel very strongly that everyone should save that moment for the recognition of the flag in a positive way, so I like the way the Cowboys do it.?

RELATED: This is what the Dallas Cowboys players chose to do during the National Anthem Sunday night

While Kaepernick has yet to join an NFL team this season, other players have emulated his protests, including at least ten players with the Kansas City Chiefs during a pre-season game.

While neither Jones nor any other NFL owner has come out and explicitly mentioned any league-wide ?blackballing? of Kaepernick, Jones has a history of reprimanding players who have either been accused or convicted of violating the law. Ezekiel Elliott, the Cowboys’ starting running back, is currently appealing a six-game suspension due to allegations of domestic violence against a former girlfriend.

Other current Cowboys who have been in trouble include:

As far as can be determined, all the players listed above stood during the anthem.