If history repeats itself, the Feds’ recent seizure of 3,000 pot plants just outside of Houston could be one of their last 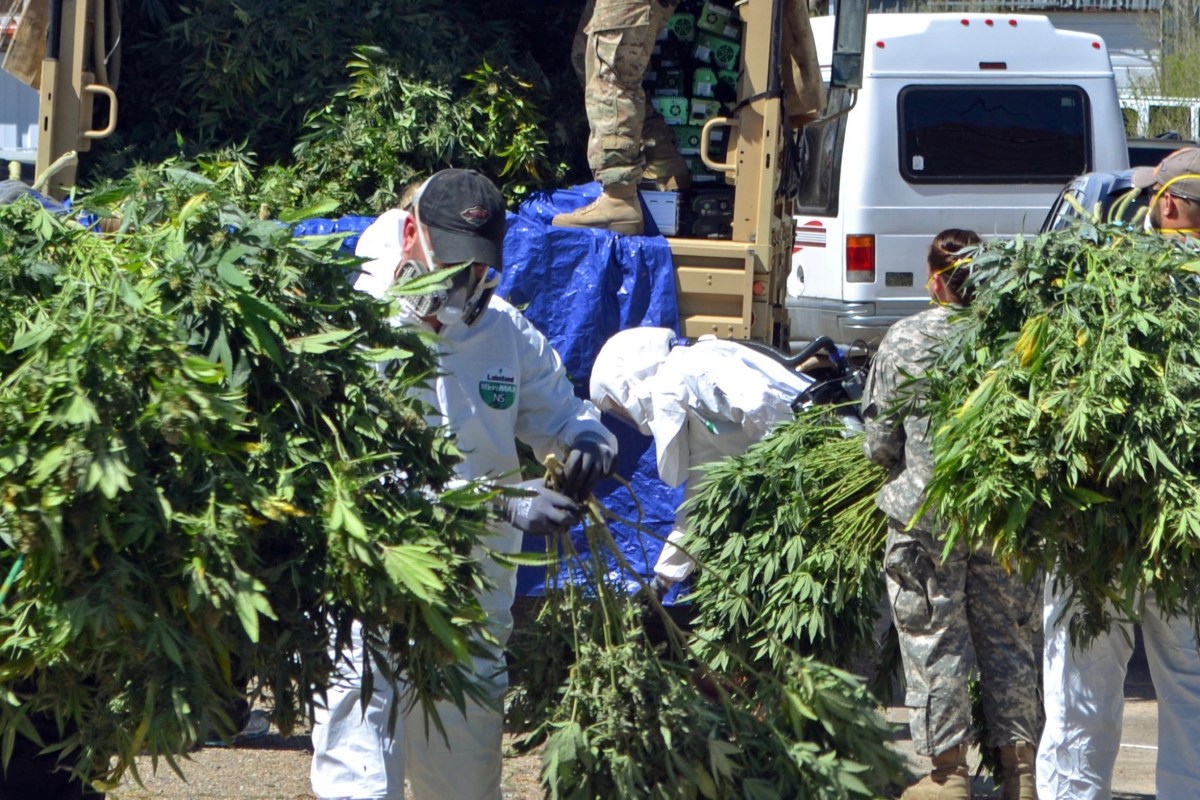 Officials described the busted operations as “sophisticated” and estimated combined profits from the locations could have exceeded $5 million annually.

While Brazoria County continues to staunchly oppose pot, it’s been almost a month since Harris County’s new drug policy, effectively permitting Houstonians to possess anything under 4 ounces of marijuana, went into effect on March 1.

District Attorney Kim Ogg said she implemented the changes in order to stop prosecutions that have “produced no tangible evidence of improved public safety,” and she isn’t the only one looking to change Texas’ stance on pot; over 27,700 people have signed an online petition to legalize medical and recreational marijuana.

Additionally, last week, the Texas House Criminal Jurisprudence Committee heard from public witnesses on H.B. 81, which would decriminalize possession of up to an ounce of marijuana.

Lawmakers noted that only one person testified against the legislation.

The bill’s overwhelming support could stem from the fact that a growing number of individuals rely on the indisputable benefits of cannabis, especially for some health conditions.

In a feature by the Dallas Morning News, the Zartler Family explained why they chose to share their experience with medical marijuana treatments that help their severely disabled daughter.

On the subject, industries with strict regulations, like pharmaceuticals and alcohol sales in Texas, aren’t always as pure as they attempt to make the general population; last week, the Texas Tribune reported that the Texas Alcoholic Beverage Commission, which is responsible for alcohol sales’ regulations, regularly spends “tens of thousands of dollars to travel to swanky resorts where liquor flows” to lobby lawmakers and push for their various initiatives.

Legalized marijuana sales nationwide are reportedly affecting profits for other industries in addition to alcohol, so it’s not a stretch their representatives would spare no expense in attempts to hold on to what portion of the substance market share they have left.

RELATED: Puff, puff, pass the turkey? Marijuana sales are expected to be through the roof this Thanksgiving

However, with Texas Legend Willie Nelson’s family recently stepping into the pot profit ring and announcing the launch of Annie’s Edibles, his wife’s new weed-chocolate business, the opposition may not stand much of a chance.

Raids like the one in Brazoria County will also likely continue under the direction of Jeff Sessions as head of the Department of Justice and its drug enforcement division, given his heavily reported commitment to upholding federal law.

But if there’s anything to be learned from history, it’s that, much like during the era of alcohol prohibition, the “eclectic network of wholesalers and retailers” in the marijuana industry today will only get smarter and more creative at getting their product to customers, ultimately redirecting reality and changing the rules – all starting with trends in laws across the states.

Texas’ H.B. 81 is expected to pass in committee, but its fate remains uncertain in a vote by the full House.