If you live in this Texas city, you might have to mow public grass 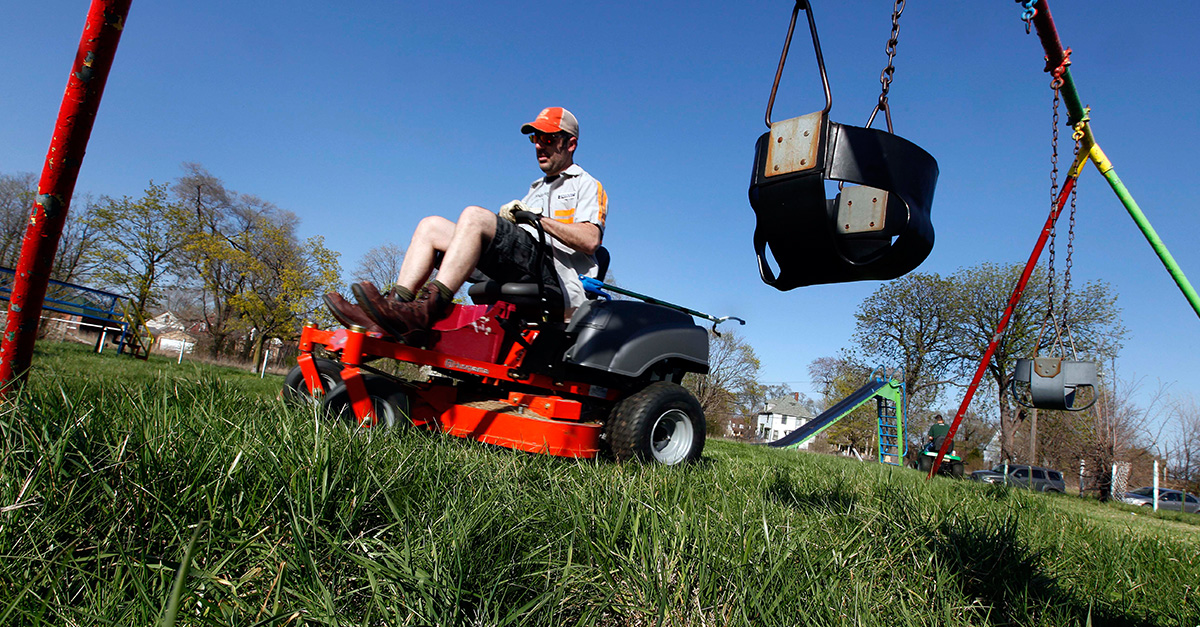 AP Photo/Paul Sancya
Mower gang member Tom Nardone, of Birmingham, drives a riding mower at Duweke Park in Detroit on Wednesday May 1, 2013. The Mower Gang, a group of volunteer lawn mower riders, adopt parks beginning in the spring and keep them free of high-grass throughout the summer. (AP Photo/Paul Sancya)

The Victoria City Council will decide whether its residents should be responsible for mowing public grass near their homes this week.

RELATED: City of Houston Wants Dilapidated Building Cleaned up, But Owners Say They Want Money For It.

Some people have already been asked to mow city-owned property, and the corresponding backlash led the city council to schedule a meeting and explain the policy, according to the Victoria Advocate.

“I’m 60 years old. I have a push mower,” said Victoria resident Linda Henry at a recent Council meeting. “I live in a townhome simply because – guess what – there’s not supposed to be a lot of lawn maintenance living in a townhome.”

That didn’t stop the city from sending her a notice telling her to mow a stretch of lawn near her home about 30 feet long or she would be billed for the city labor to mow it.

Assistant City Manager John Kaminski claims that Victoria’s parks department is spending too much money on mowing rights of way, so the city is requiring residents to do it instead. “It got to the point that parks was putting more resources into mowing rights of way than mowing parks,” he said in an interview.

Nonetheless, Kaminski does plan to discuss alternatives to having residents mow these areas at the upcoming City Council meeting.

RELATED: Here’s How Much Money You’ll Need to Live in Houston’s Best Neighborhoods.