But you grew up outside the country – outside of Texas – you may not be familiar with the acclaimed sport, let alone the term “mutton,” which, along with lamb and hogget, is a delicious cut of meat from domestic sheep.

To sum things up, in the South, it’s a right of passage to strap your kids to all kinds of farm animals and watch them try to hang on for entertainment, but champions aren’t made overnight, so most kids start their training with a fluffy Ovis aries.

ABC13’s coverage of the Rodeo is on point, as usual, and they’ve shared some baaaad footage.

Monday’s big winner was little Miss Landry Schubert from Burnet, Texas, who said her training was the key in her success. Following her 90+ ranked ride, Schubert told the announcer she owed everything to her dad, who reportedly let her practice the ride on his back while he mimicked a sheep ahead of the big showdown.

Sunday’s mutton buster champion Beau Michal seemed to have just as much training, making it clean across the arena while he just “hanged on tight.”

The pint-sized champs may already be winners, but they have admirable plans for the future as well, with Schubert wanting to be a nurse and Michal hoping to make a career out of conspiracy theories.

We should all thank Michal for shedding some light on the dinosaur bones that are very obviously buried under NRG.

Rodeo Houston and NRG shared their official response to his claims. 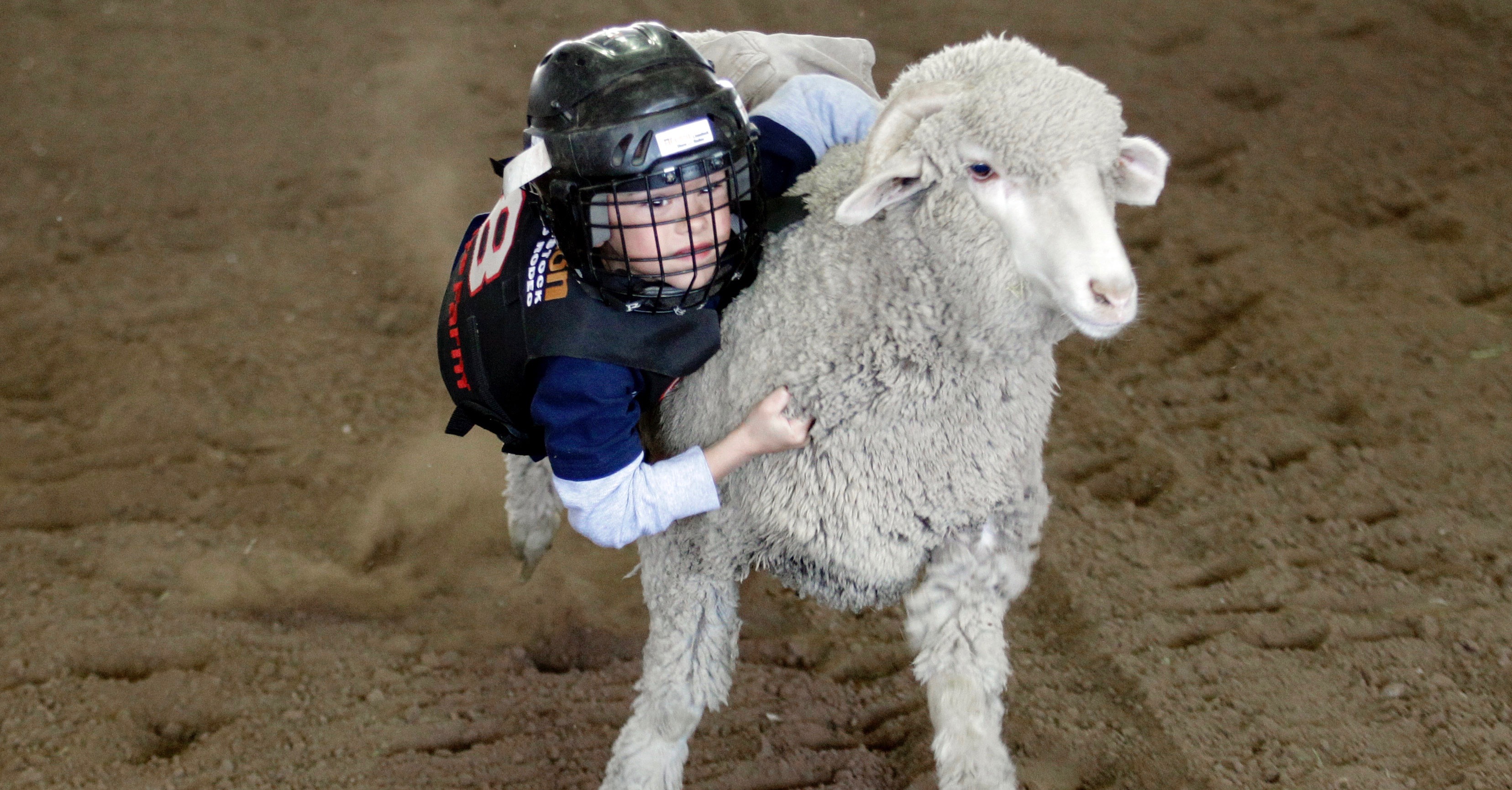