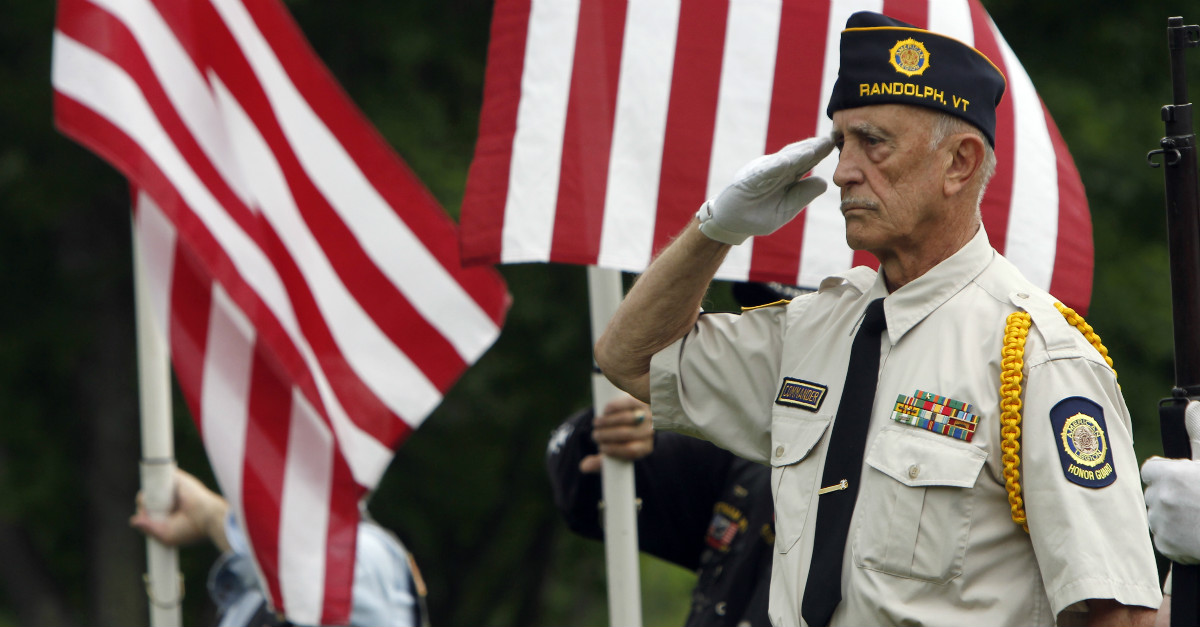 Rare Media Library
Commander David Peirce of Post 9 of the American Legion, salutes during a ceremony at the Vermont Veterans Memorial Cemetery in Randolph, Vt., Wednesday, May 30, 2012. A memorial ceremony was held at the cemetery on Wednesday, the traditional Memorial Day. (AP Photo/Toby Talbot)

Harris County Jail is taking steps to help incarcerated veterans re-enter society, going to so far as to redecorate their part of the building with patriotic trappings.

RELATED: Houston veterans are connecting in an old, glorious way

The section of the jail where veteran inmates are housed has the insignias of all U.S. military branches painted on the wall, patriotic murals like one featuring a bald eagle, and even red, white and blue paint on the bunks.

The inmates are enrolled in a program that helps prepare them for re-entry into society, and makes mental health assistance available to them if they need it, according to Houston Public Media.

Several inmates in the program thanked Sheriff Gonzalez when he visited the prison Friday, saying it has helped them focus and gain back some self-confidence.

“I know what I need to do to stay clean and sober, and I’m willing to do that today,” said Alejandro Hernández, a U.S. Army veteran enrolled in the re-entry program.

“I know genuine and I know truth, and it’s there,” said another inmate about the program and Sheriff Gonzalez’ commitment to the incarcerated veterans at Harris County Jail.

This #VeteransDay, we pause to thank and honor all #veterans, to include those currently in the custody of our care. Watch this morning's livestream with @SheriffEd_HCSO here: https://t.co/BpzB7YhsJM #hounews #rethinkjails pic.twitter.com/e8IX1lGtFn

RELATED: Arnold Schwarzenegger thanks veterans for their service on Veteran’s Day