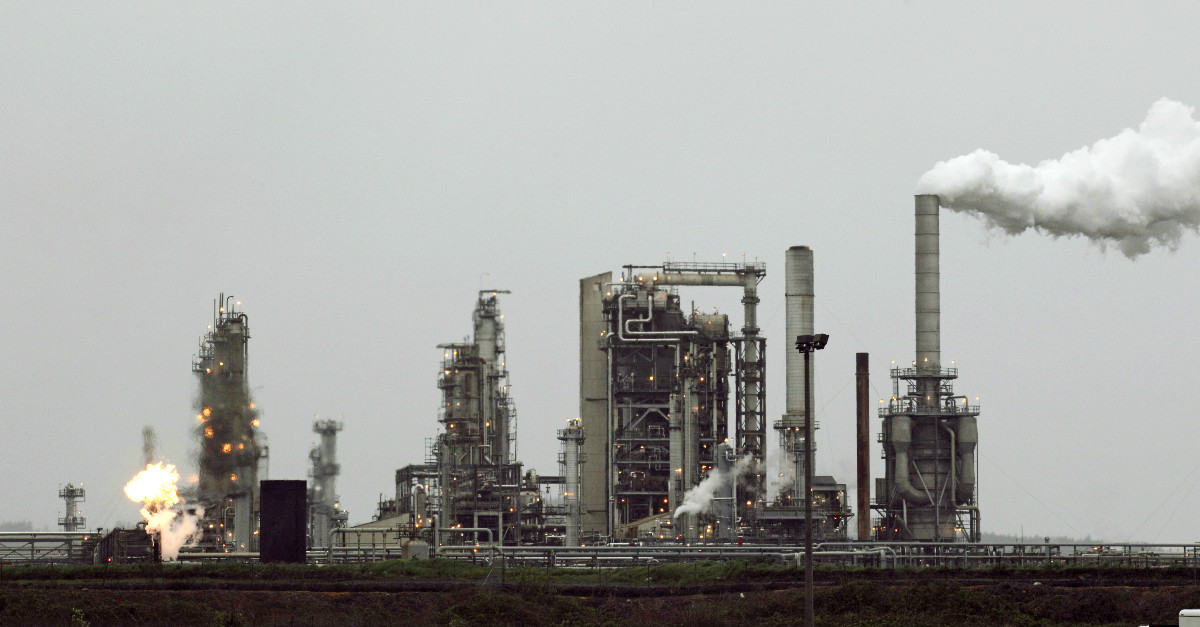 AP Photo/Ted S. Warren, File
FILE - This April 2, 2010 file photo shows a Tesoro Corp. refinery, including a gas flare flame that is part of normal plant operations, in Anacortes, Wash. In the 2016 election, voters in Washington state rejected an initiative that would have taxed carbon emissions from fossil fuels such as coal and gasoline. (AP Photo/Ted S. Warren, File)

A recent report in the London newspaper The Guardian profiled several homeowners in the southeast Houston neighborhood of Manchester, and how floodwaters from Hurricane Harvey have exacerbated the chronic air pollution problems residents have faced for nearly two decades.

A report from the Texas Commission on Environmental Quality released shortly after the floodwaters receded showed the roof of a tank at the nearby Valero refinery partially sank, causing a leak of dozens of toxic chemicals. The leaks included 1,500 pounds of propane, 1,800 pounds of benzene and more than 92,000 pounds of unspecified volatile organic compounds.

However, the Valero leak was not the start of the environmental issues in Manchester. A 2005 report in the Houston Chronicle showed Manchester had the state’s highest levels for the carcinogen butadiene.

Manchester resident Sandra Martinez told The Guardian she and her family rented a three-bedroom house for $700 a month. After several months, her children reported suffering from headaches, stomach aches, nosebleeds and respiratory ailments. She also stated the chemical smell in the house and the surrounding neighborhood was often overwhelming.

Just ten days after Harvey made landfall, Martinez and her family moved.

According to activist and former Manchester resident Patricia Gonzales, the residents who tend to be working-class and Hispanic are often caught in a Catch-22.

“We don’t have the kind of money that most Anglo people have when they go to higher education, colleges and stuff like that,” said Gonzales. “They go live in the areas where there aren’t refineries. We have to live in areas where we can afford lower-priced homes and so we’re at a disadvantage.”