One of the exhibits features Sandra Bland, an African American woman who died in Texas officers’ custody under unresolved circumstances.

According to curators, the interactive exhibit is intended to engage viewers in the emotions Bland experienced during her controversial arrest, which allegedly led to her death:

“We hope this exhibition will bring our multicultural audience to a better understanding of the fear African Americans have toward encounters with the police,” exhibit curator John Guess, Jr. said in an interview with Houston Style Magazine.

Bland became a national symbol for police oppression of black Americans after a traffic arrest in 2015 for reportedly failing to use her turn signal.

She died in her Texas jail cell three days later in what was investigators ruled a suicide, records show.

In 2016, however, her family received a wrongful-death settlement of $1.9 million.

Now her life is the subject of an art exhibit, which welcomes visitors into her life.

In addition to photos and paintings, the exhibit includes a makeshift car where visitors can watch the dashcam footage of the traffic stop preceding Bland’s death.

Her mother Geneva Reed-Veal attended the opening and told Eyewitness News she found watching the footage while sitting in the car to be the hardest part:

“It felt like when that officer was walking, he was walking towards you,” she said.

RELATED: Houston named one of the best cities for filmmakers to live and work

Muralist Lee Carrier, who painted a mural of Bland for the exhibit, also spoke with Eyewitness News:

“I’m discovering we were very similar. She was a woman who took over 50 selfies, she had very healthy self-esteem, was in a sorority, educated, young had a future ahead of her,” Carrier said.

The exhibit is on view until February 28. 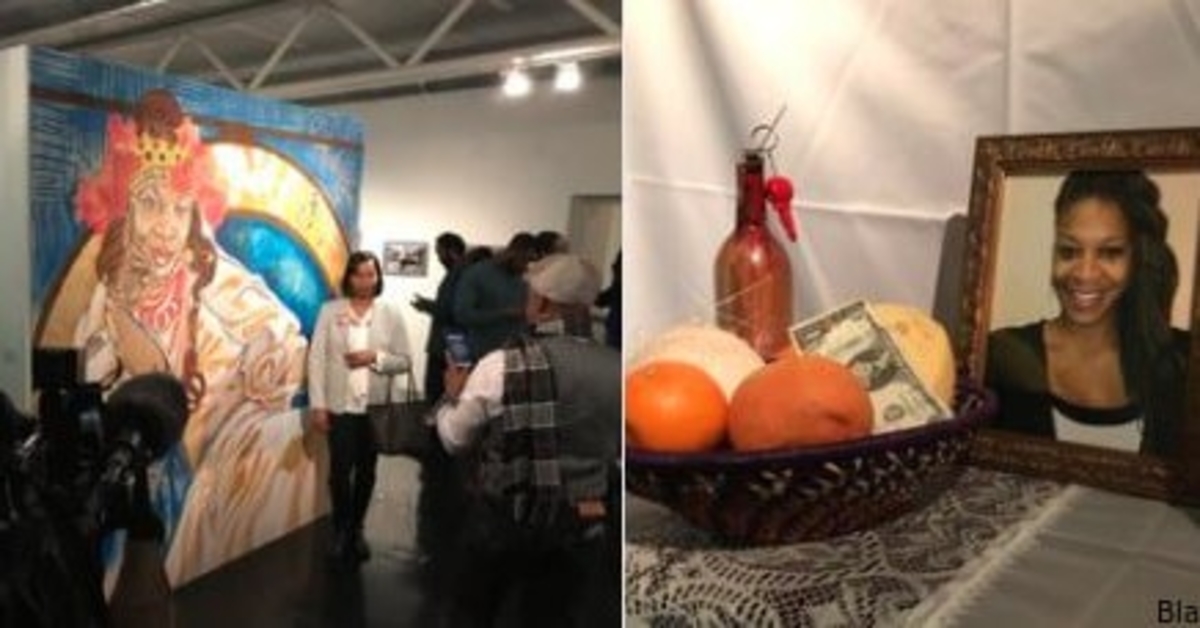