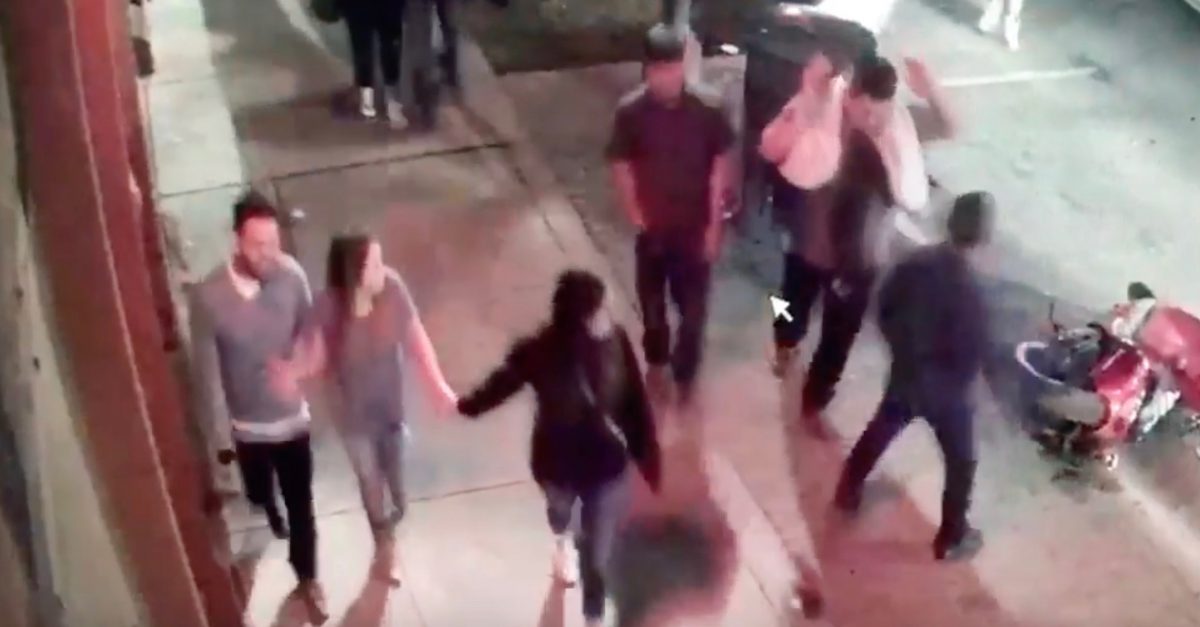 On April 22, a random act of violence was caught on camera near Deep Ellum on Elm Street in Dallas.

As you can see in the footage, the sidewalk is crowded, but things are relatively calm for a Saturday evening.

That is, until one group of rowdy patrons of the East Dallas-area kick over and continue to damage a parked scooter, seemingly out of nowhere.

It is unclear if the vandals are from Dallas, but it is indisputable the scene brings out the worst in everyone, regardless of where they may hail.

Other groups on the sidewalk appear to be having a good time, including the girl with no shoes, who seems to be attempting to fight or flirt with another gentleman on the sidewalk who knew better than to engage.

The East side of Dallas is known for its crime, but this arbitrary display is taking things to a whole new level.

Originally posted by Reddit, user Roseymahoney describes the scene in the aftermath:

“When I saw my scooter I ran after the group and asked what happened- the girl in the group was sobbing and told me she’d been violently pushed over by a man who then fell into my scooter. She described him in detail and pointed where he went. Imagine my reaction when I saw the camera footage. This was in Deep Ellum on Elm Street Saturday 4/22.”

If you have any information on this crime, please reach out to your local authorities.