It’s almost time for Texans to elect a new governor, but will there be a Democratic candidate? 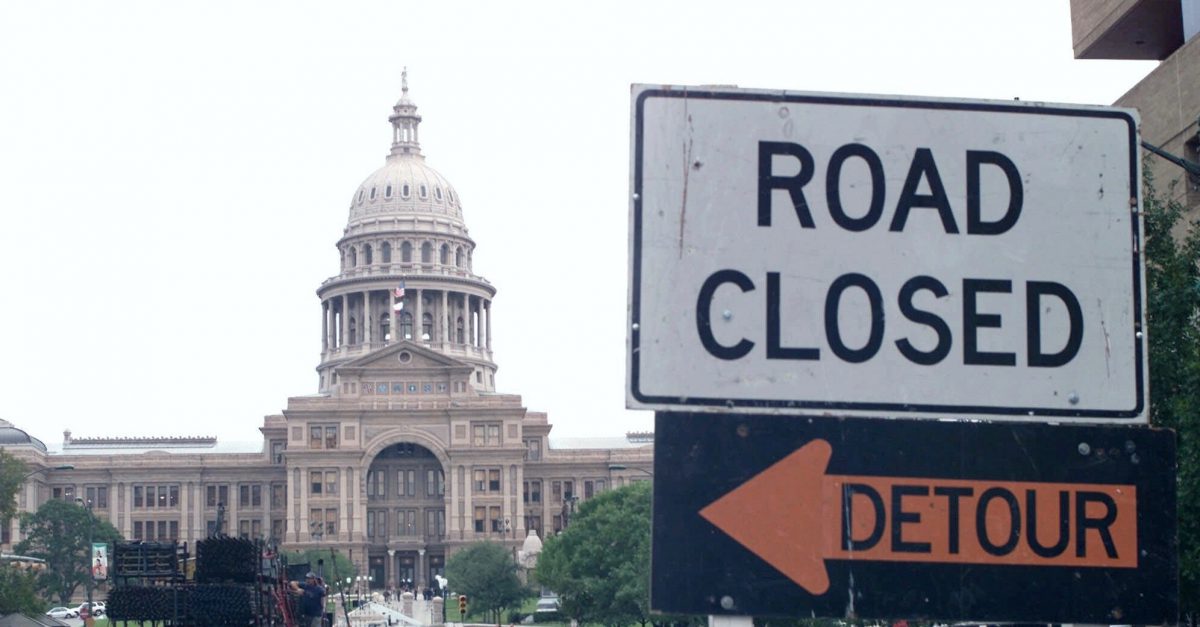 AP Photo/Harry Cabluck
Workers prepare to unload scaffolding to set up a stage and platform on Congress Avenue in downtown Austin, Texas, on Thursday, Nov. 2, 2000. The staging, in front of the Texas Capitol, background, is for use on election night when Republican presidential nominee George W. Bush is to claim victory or defeat. (AP Photo/Harry Cabluck)

With just under 15 months until the November 2018 elections, the Texas Democratic Party faces an unprecedented dilemma:

Not one of the party’s legislative leaders, at either the state or federal level, is currently publicly considering a run for governor against incumbent Republican Greg Abbott, and the Democratic Party is coming off of a terrible losing streak when it comes to statewide elections.

For example, State Senator Wendy Davis lost the 2014 governor’s race by more than 20 points; Ann Richards was the last Democrat in the Governor’s Mansion, since 1990, when she was elected to serve as the state’s first female governor; and Democrats hold the longest record for not winning any statewide election since 1994 – a 23-year record.

They also haven’t won the state in a Presidential race since 1976.

And many of the state’s top Democrats are passing up the Governor’s Mansion for, perhaps, more nationally impactful positions.

Congressman Beto O’Rourke, for instance, a former punk rock musician, announced he would go after the U.S. Senate seat held by Ted Cruz; Former San Antonio Mayor and Housing and Urban Development secretary Julian Castro also announced he would not run for the highest office in the state.

Despite its historic losing streak, blue party officials say they are not giving up on fielding a candidate in next year’s race:

“We’re going to have an authentic, dynamic candidate running for Texas governor,” Manny Garcia, deputy executive director of the Texas Democratic Party, said in an interview. “That announcement will come at an appropriate time in the fall.”

One possibly helpful factor for any potential Democratic candidate to unseat Abbott could be found in the series of controversies surrounding his administration.

His support of the “bathroom bill,” for starters, could cost the state thousands of jobs and millions of dollars in tax income, as numerous corporations, including NBA, NFL and NHL teams in Texas and nationwide, are openly opposed to the measure.

Another source of controversy is the federal securities fraud trial of Attorney General Ken Paxton, which is scheduled to take place in Houston in December.