Texans favorite J.J. Watt finally made an appearance on the podcast “Pardon My Take” after an embarrassing misunderstanding made him the butt of a joke started by the hosts.

RELATED: Thanks to the power of Twitter, J.J. Watt gives new shoes to broke college student

Watt, who’d been reluctant to agree to an appearance, told the podcast that he would come on if they donated $50,000 to his charity, the J.J. Watt Foundation. After fans of the podcast topped the requirement with $60,000 in donated funds, Watt consented to what became a two-part interview.

One of the core subjects of the interview is a misunderstanding about a cabin that Watt purchased in the woods of Wisconsin in 2015. The cabin, a posh $800,000 luxury cabin, was initially reported to be a wilderness retreat where Watt could rough it out and toughen up in the secluded woods.

Soon after purchasing the cabin, Watt did an interview.

During that interview, he described his off-season as “minimalistic” because he didn’t have many plans. He also mentioned the new cabin.

As reported by the Houston Chronicle, Watt told “Pardon My Take,” “…I did one interview and that’s one sentence in one interview and that gets turned into all of this about the cabin. So, once sentence in my entire life gets turned into an entire thing where people think I’m living a Rocky lifestyle in Wisconsin. Then, they find out it’s a big cabin. I never said it was a small cabin.”

Soon after the story reported, “Pardon My Take” started a segment called #HeyJJ, which encouraged fans to make fun of Watt whenever he posted on social media. Listeners tagged their joke responses to Watt’s posts using the #HeyJJ hashtag.

Watt said he was confused about the hashtag at first because he had no idea that the podcast had started it. He thought that people were just being “jerks,” or worried that he might be one himself.

While he finds the hashtag game annoying and stale, Watt admits that it’s been funny.

RELATED: Texans rookie arrested in Austin, lawyer says they can prove his innocence

He explained, “I was like some of these guys are actually coming up with pretty funny stuff.”

Part one of Watt’s interview was posted on Monday, while part two will go live on Wednesday. 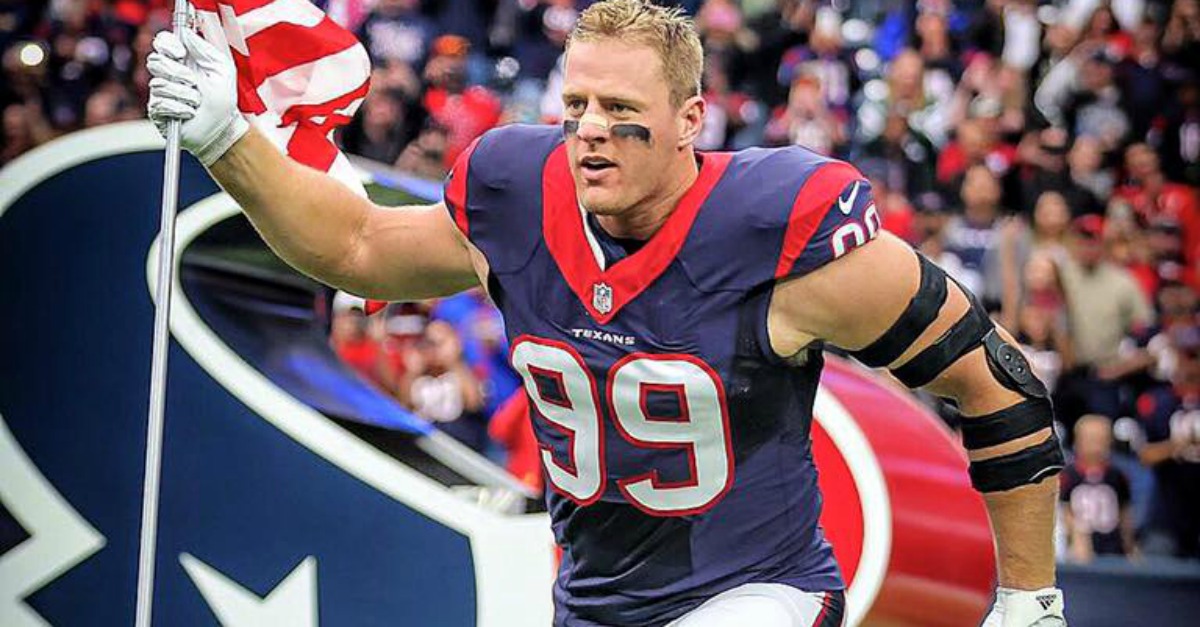