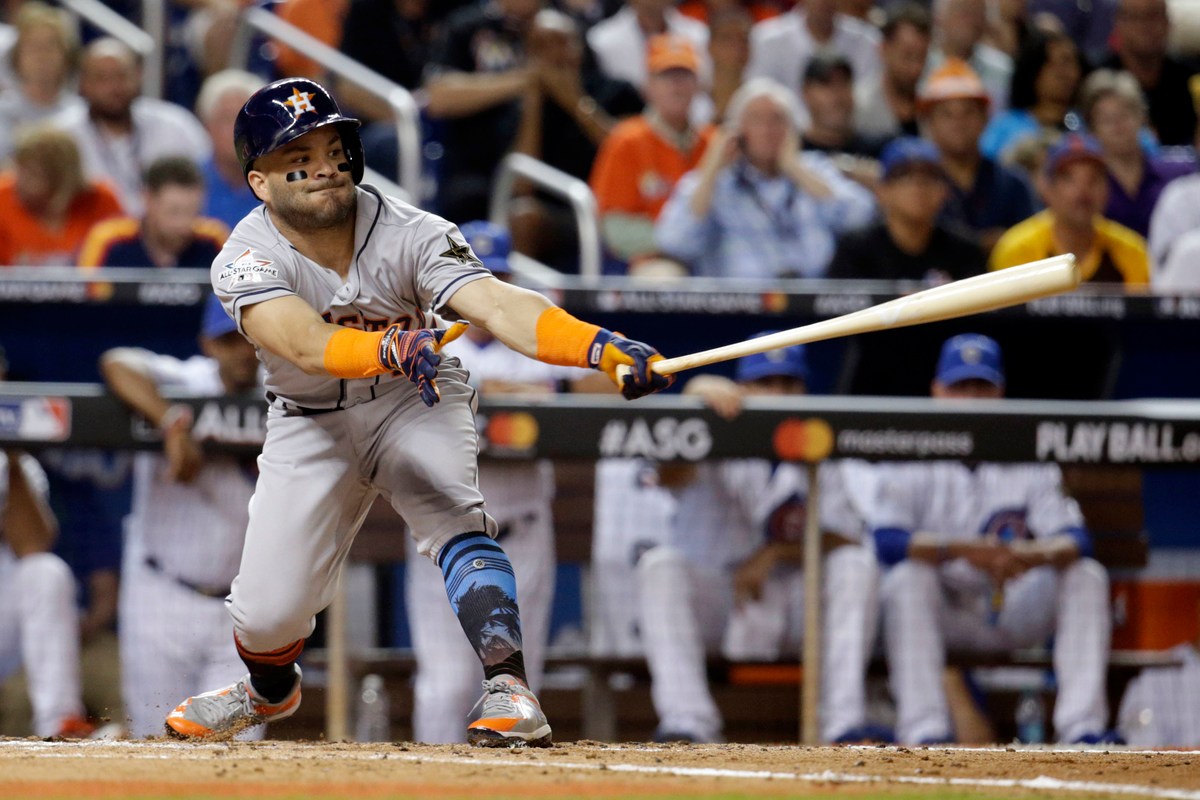 Whether he’s turning the pivot on a double play, or scoring the winning run in a crucial post-season game, Houstonians – and the majority of the 30 voting members who chose MLB’ AL MVP – agree, Altuve brings an unprecedented level of grace and style to the baseball diamond.

Even in the off-season, Altuve can’t help but show off his quick feet:

Recently, he attended the wedding of Texas Rangers shortstop and fellow Venezuelan Elvis Andrus, where, as the footage shows, he took over the reception with his energetic dance moves.

This isn’t the first taste of Altuve’s swerve for Houstonians, with cameras capturing him getting his groove on in the Astros dugout during the World Series.

Besides the wedding of his friend and countryman, events of recent weeks brought plenty of reason for Altuve to dance, like leading the Astros to their first-ever World Series championship on November 1.

New on my channel: Jose Altuve gives Astros the lead with a solo shot! 4-3 in the 10th! #Astros #WorldSerieshttps://t.co/RHdmc8PaKE

He also won the American League Most Valuable Player Award on November 16, capturing 27 of the 30 first-place votes, reportedly winning by one of the widest margins in the award’s history.

Does this mean Altuve is ready to pursue a different kind of trophy?

#DWTS champ @Jordan_Fisher dishes on his biggest takeaways from the show and what he plans to do with the Mirrorball trophy! https://t.co/a1NQlSWPeN pic.twitter.com/FiqAsRoB5V

Here’s looking at you Dancing with the Stars!