Houston Astros second baseman José Altuve has been an important player in Houston for many years now. On Thursday night, he appeared on NBC’s “The Tonight Show” with host Jimmy Fallon.

The Venezuelan-born player walked on stage to a standing ovation from the audience and The Roots band singing “José Altuve” to the tune of the Backstreet Boys “I Want It That Way.”

RELATED: History earned — A city, a team, and the trophy decades in the making

“Welcome, did you ever think you’d have a standing ovation in New York City?” Fallon asks Altuve.

After they both got their eye black on and Fallon pulled out a Houston Astros championship hat, Altuve got a bit emotional reflecting on what their team was able to accomplish this season and the really amazing chemistry they all have.

“I showed up the spring training earlier this year, and look around…this is my seventh year in the league, but this year was a little different. A lot of talent…and everything was like so good, and I was like, k, this year is the year. And it was,” he told Fallon.

Toward the end of the interview, Altuve reflects on the damage that struck the city of Houston earlier this year from Hurricane Harvey.

“It wasn’t easy at all,” he said, on having to play baseball while their city was in ruins.

“And they [the people of Houston] are the biggest reason why we did what we did last night.”

Altuve and the Houston Astros won the 2017 World Series against the Los Angeles Dodgers Wednesday night in game 7. The score was 5-1. 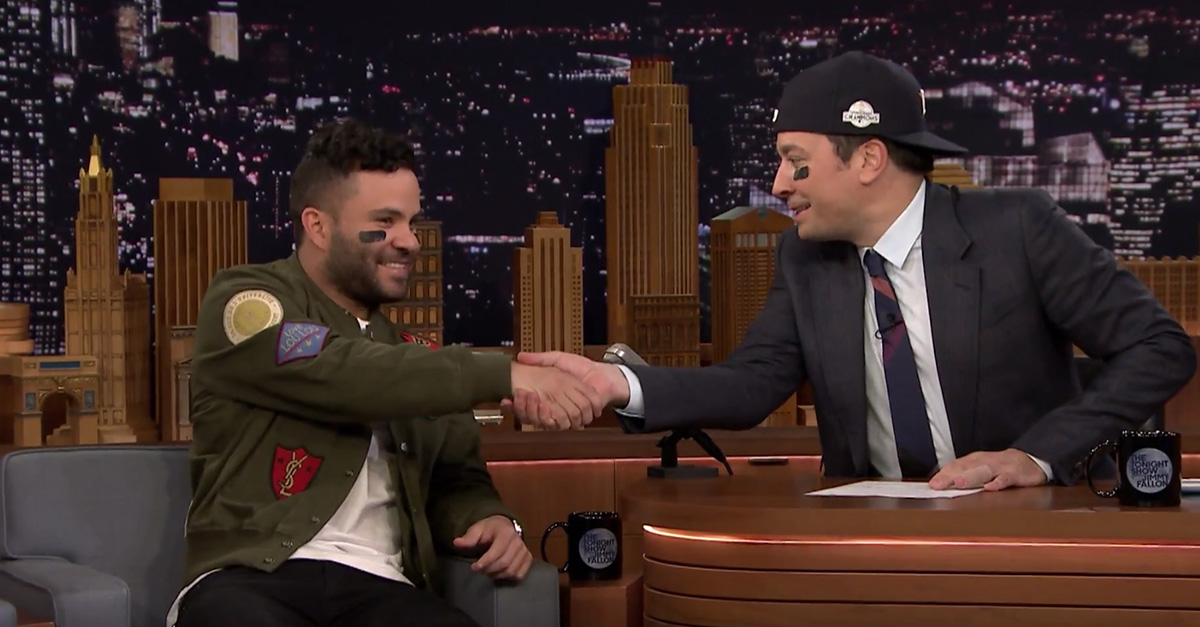