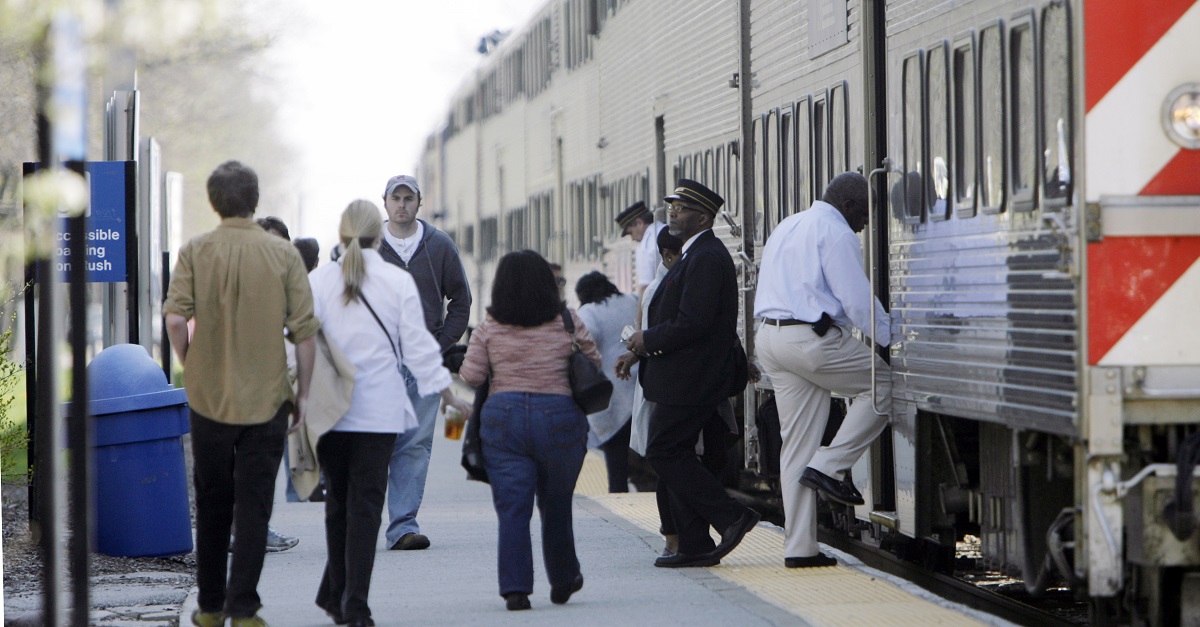 RELATED: Was there a ‘Harvey conspiracy’ between politicians and the media? Texas Monthly seems to think so

“We cannot go back in time and undo some poor decisions, but we can learn from those decisions,” Emmett said in his speech, adding, “One of the most glaring mistakes was the failure to convert the abandoned Katy rail line to commuter rail.”

Huge moment at 21:00: Harris County Judge @EdEmmett publicly states that decision not to add rail transit in I-10 expansion was a "glaring mistake" & that there were "roadways that inadvertently added to our drainage woes" https://t.co/oH9xZA8mwD #StateOfCounty @HoustonTomorrow

The Katy rail line’s last reported use came during the widening of Interstate 10; it now stands abandoned, and proponents of public transit say they see it as a missed opportunity for commuters.

Construction workers reportedly removed the old rail line during the I-10 project, but the new freeway is said to be built to rail standards, according to the Houston Chronicle.

This means it could be possible to use the repurposed freeway for a new rail line, though, architects agree, larger trains won’t be able to run on the stretch.

Support for anything to ease traffic congestion is steadily increasing as Houston traffic worsens amid several TxDOT relocation initiatives.

Once confined to the city itself, traffic jams are now not uncommon in suburbs miles out of downtown.

Maureen Crocker, executive director of the Gulf Coast Rail district, spoke in an interview on how local officials are on board with the idea, but getting approval from the state to cooperate could present challenges.

“I think the local officials get it,” she said. “They all understand. I think the challenge right now is at the state. The state seems focused on highways.”

The state is currently working on billions-worth of planned freeway construction, and, as highways continue to be built out, there are opportunities to incorporate other kinds of transportation, like rail lines.

Emmett said in his speech the roadway expansion contributed to Houston’s recent problems with flooding.

Now, many are hoping the county and the state will take the opportunity to prevent more of it in the future.