Justin Verlander and Kate Upton have returned from their fairy tale wedding, appearing on both the Today Show and the Tonight Show on Friday.

In both appearances, the couple discussed the fact that they missed their wedding to play game 7 of the World Series, but it was totally worth it. The couple had planned their wedding while Verlander was still playing for the Detroit Tigers, who were out of contention.

“The only thing that could have messed things up was Game 7,” Verlander told the Today Show.

RELATED: History earned — a city, a team, and a trophy decades in the making

Since he was pitching game 6, he thought it was meant to be. He’d get the win, then make it to the wedding in time to get the girl.

He was wrong, but it worked out in the end.

Kate laughs about the story now, telling Jimmy Fallon on The Tonight Show that all of their friends and relatives were already in Italy enjoying their first wedding event while the couple was still at Game 7.

She laughed about receiving texts that said, “Your wedding’s so pretty, wish you were here.”

In his interview with the Today Show, Verlander spoke of the importance of the World Series win for Houston, saying that it has united the city and the team.

“There’s a lot of people that need something to be cheerful and be happy about,” he said of Houston.

Later on Friday, Kate joined Justin for an appearance on The Tonight Show with Jimmy Fallon to discuss the epic win and their equally epic wedding story.

Kate shared that they had a tough time moving to Houston after Verlander was traded because Harvey had shuttered Houston’s airports. The couple said the decision to move to the hurricane ravaged city so soon after the storm was hard, especially since they’d built a life in Detroit.

Often in attendance at his games to show support, Kate became a fixture at Minute Maid Park during the Post Season, even sporting her one one-of-a-kind Verlander jacket.

During his Today Show interview, Verlander said that Kate always asks after games if he heard her yelling from the stands.

“Yes, honey, yes I did,” he’d tell her, already the dutiful husband.

RELATED: We have proof that Kate Upton is a true blue (& orange) Astros fan

After the whirlwind weeks of World Series games, a Wedding, and celebrations over both, Verlander says that coming home has been “weird” because life is calming back down.

“I don’t really know what to do with my time,” he joked.

While Kate didn’t join her new hubby on the Today Show, they did share a video of him helping her with her workout, which was also shared to Kate’s Instagram:

Can’t get enough of the adorable couple? Watch both videos again here: 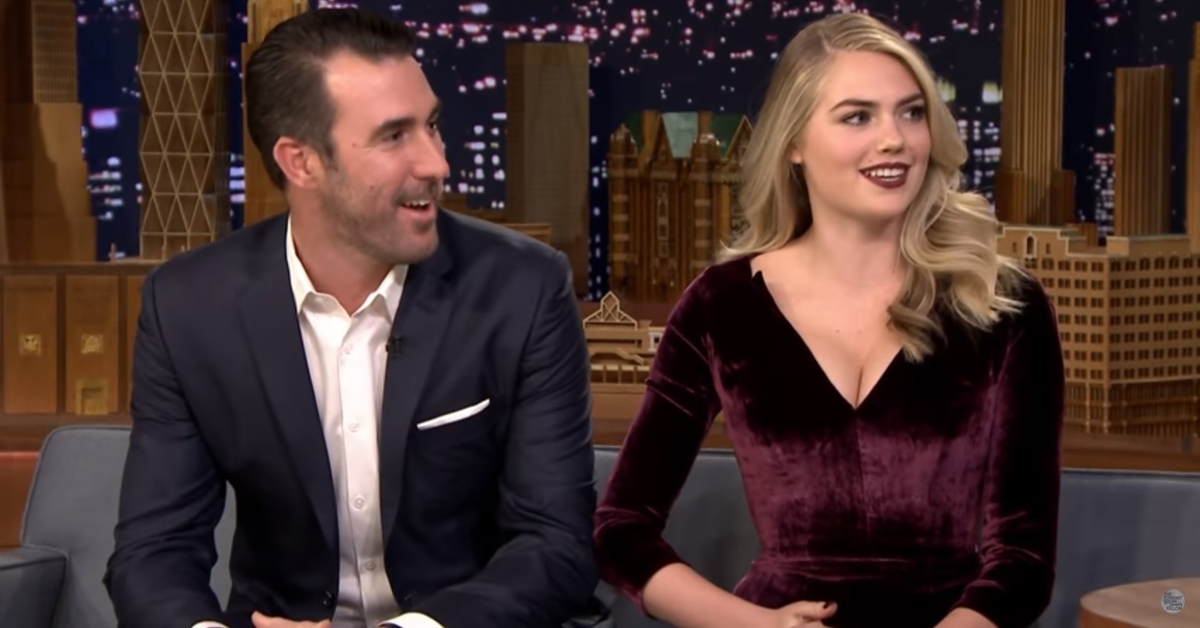