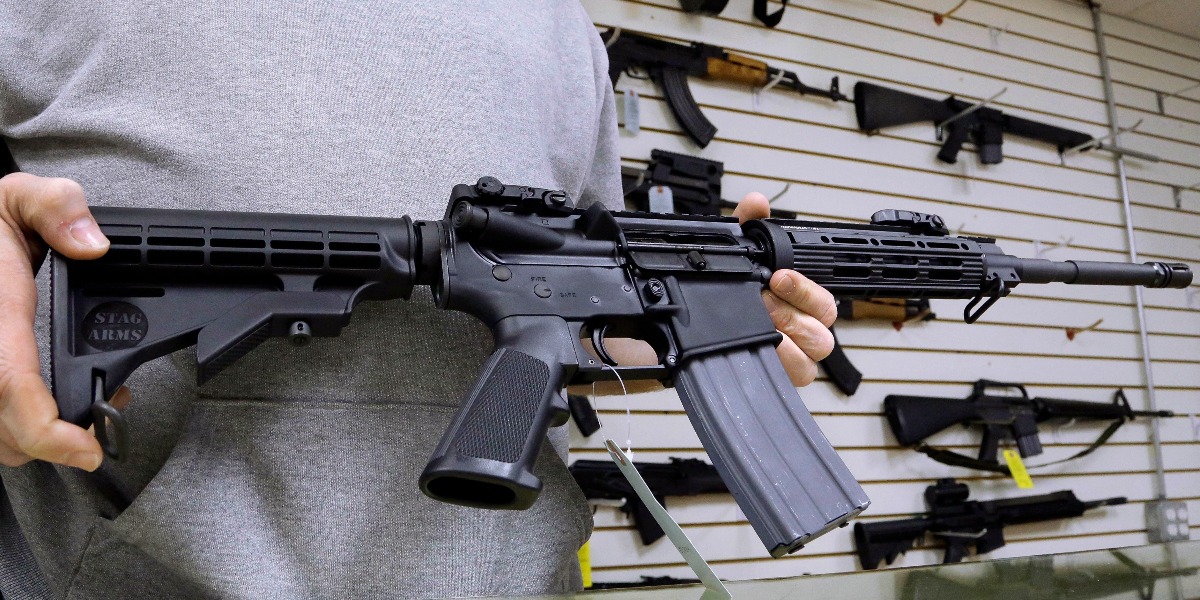 Authorities said they took three men into custody in after an attempted burglary at a gun store located on Katy Freeway.

The latest incident occurred on the anniversary of a similar crime occurring one year ago; however, this time, the burglary didn’t end in a hail of gunfire, which wounded one person, like the situation in 2017.

Burglars reportedly cut through the parking lot of a nearby BMW dealership to get to the back of the gun store, where store owners said the criminals triggered an alarm in the car lot.

Authorities arrived at the scene, hearing noises coming from behind the gun store and seeing the men attempting to flee in a pickup truck.

After setting up a perimeter around the scene, police said they located two of the suspects hiding in a local apartment complex.

They reportedly apprehended the third suspect while trying to leave the apartment complex in the pickup truck seen leaving the gun store.

Authorities said they arrested all three suspects, who attempted to use a circular saw to cut their way into the store.

The store, reportedly targeted by thieves almost 20 times in the past, is said to be monitored a security guard, but the designated watchmen said he did not hear the burglars.

In the previous incident, four burglars attempted to break in, but store employees armed themselves and successfully made their way outside to detain the suspects.

Two of the suspects jumped into a vehicle and allegedly fired on the employees, who police said returned fire with an AR-15.

Police said they took two employees who remained at the scene into custody.

They further said they questioned the wounded suspect later at the hospital, where he reportedly received treatment for a gun shot wound to the back.