On Sunday, for the second time in a week, security was breached in the outfield.

Fortunately, no fly-balls made an appearance.

Instead, Minute Maid Park security found themselves chasing down a renegade fan during the seventh inning.

The fan, who at first eluded a few security guards, was finally caught.

On Sept. 15, a similar incident occurred when another fan crashed the outfield. 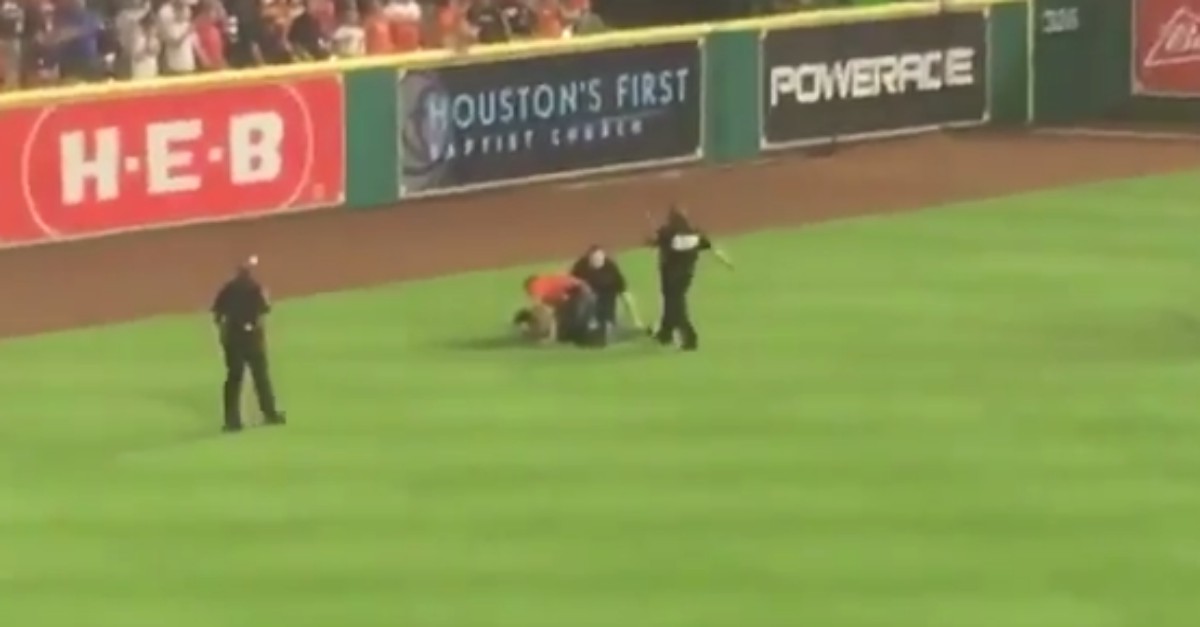